Plus Evan Rachel Wood opens up about being raped, Dolly Parton releases statement on Tennessee fires 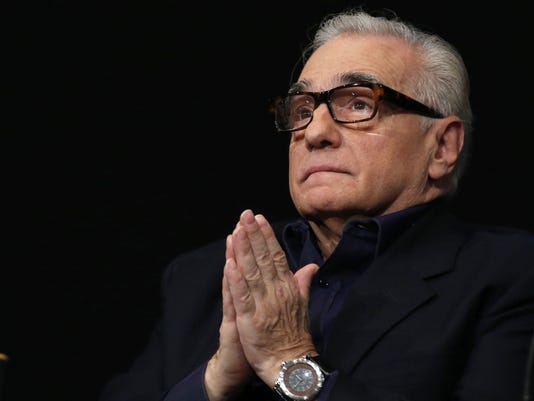 Director Martin Scorsese will have a private meeting with Pope Francis on Wednesday. The pair will discuss Scorsese’s new film “Silence,” which is based on Shusaku Endo’s 1966 novel about the persecution of Jesuits in 17th-century Japan. The film will make its world premiere at the Vatican on Thursday. “Silence,” which stars Andrew Garfield, Adam Driver and Liam Neeson, his American theaters Dec. 23.

Dollywood, Dolly Parton’s theme park in Pigeon Forge, Tennessee, is closed due to the fires in the Smoky Mountains. According to reports, some guests in cabins and the DreamMore Resort were evacuated, but no damage was done. The park will be closed Wednesday. “I have been watching the terrible fires in the Great Smoky Mountains and I am heartbroken.” said Parton in a Facebook statement. “I am praying for all the families affected by the fire and the firefighters who are working so hard to keep everyone safe. It is a blessing that my Dollywood theme park, the DreamMore Resort and so many businesses in Pigeon Forge have been spared.”

“Westworld” actress Evan Rachel Wood took to Twitter this week to explain comments she made about being raped to Rolling Stone. She told the magazine she was raped in the past but didn’t elaborate. She posted a lengthy explanation saying “since everything is out in the open now, figured I would share this confession letter I wrote to Rolling Stone in its entirety,” adding the hashtag #NotOk. The Emmy- and Golden Globe-nominated actor explained that she had been raped twice in the past, once by a significant other and a second time by a bar owner. “I am still standing. I am alive. I am happy. I am strong. But I am still not ok,” she wrote, adding that she thought in the first instance that she was unsure it was rape until it was too late, and the second time she blamed herself. “I don’t believe we live in a time where people can stay silent any longer.”

You can own the record collection belonging to late acting legend Dennis Hopper, if you have the funds. His daughter Marin Hopper is selling the collection for $150,000 via Moda Operandi. The 110-record collection includes rare finds, like a recording of Carl Perkins performing “Blue Suede Shoes” made specifically for Hopper, plus classic vinyl like “Sgt. Pepper’s Lonely Hearts Club Band” by the Beatles and Simon & Garfunkel’s “Bridge Over Troubled Water,” plus albums from Leonard Cohen, Bob Dylan, Jefferson Starship and Fleetwood Mac. A portion of the price tag will be donated to the Future Heritage Fund, which supports cultural and artistic organizations in New Mexico.

Filming at Mudgie’s Friday in Corktown

Mudgie’s Deli & Wine Shop is encouraging customers to come to the restaurant Friday between noon-3 p.m. to be a part of the action as a camera crew is there filming. The popular Corktown restaurant wouldn’t say what show the filming was for, only that it is a national cable television program. Mudgie’s is at 1300 Porter in Detroit.