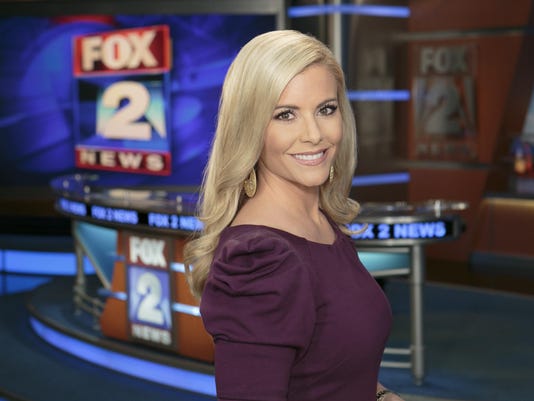 Fox 2 Detroit announced some on-air personnel changes Tuesday. Amy Andrews has been promoted to anchor “Fox 2 News Morning” with Jay Towers. Andrews will continue to co-anchor the 11 a.m. news with Sherry Margolis Mondays-Wednesdays, and Roop Raj will take her place on Thursdays and Fridays. In other changes, Deena Centofanti and Maurielle Lue will co-anchor “The Nine,” the station’s 9-11 a.m. weekday news report. “Amy is a presence in the studio and a tireless community supporter outside the station,” said station vice president and news director Kevin Roseborough. “Her pairing with Jay Towers matches two of Detroit’s best broadcasters. Deena is known to a generation of Metro Detroiters through her anchoring and insightful health reports, and Maurielle’s polish and personality make her a powerful force on morning television and in social media.” All changes go into effect Monday.

Comedian and actor Aziz Ansari hosted “Saturday Night Live” last weekend, joking in his stand-up-style monologue that some people voted for Donald Trump the way a lot of people listen to Chris Brown’s music. “It’s like, ‘Hey, man! I’m just here for the tunes ... I don’t know about that other stuff. I just like the dancing and the music. I don’t condone the extracurriculars,” he said, adding that “Donald Trump is basically the Chris Brown of politics.” Brown was not amused. “I can’t (expletive) catch a break,” Brown said in a video posted to Instagram. “This (expletive) said ‘Donald Trump is the Chris Brown of politics.’ I swear I’m gettin’ the (expletive) out of here. Don’t (expletive) trust what you see. Even salt look like sugar.” Later, he posted video of Ansari’s set and called the comedian “Aladdin.” We assume has referring to the fairytale character Aladdin. Ansari is of Indian decent.

In her first high-profile move since filing to divorce from Brad Pitt, actor and philanthropist Angelina Jolie has been hired as the face of luxury beauty brand Guerlain’s new fragrance, Mon Guerlain. A rep for the company told People magazine that Jolie said she’ll donate her earnings from the gig to one of her own charities. Mon Guerlain launches in March.

On Friday actor and director Mel Gibson and his girlfriend, Rosalind Ross, welcomed their first child together, Lars Gerard Gibson. Gibson, 61, has seven other children with ex-wife Robyn Moore and another daughter with ex-girlfriend Oksana Grigorieva. On Tuesday, Gibson received his first Academy Award nomination in 20 years. He is nominated for Best Director for the World War II drama “Hacksaw Ridge,” his first nod since he won in the same category for “Bravehart.” Hollywood seems to have forgiven Gibson for the scandals of the past few years, including racial slurs, a DUI, a restraining order from Grigorieva and pleading no contest to a misdemeanor battery charge against her.