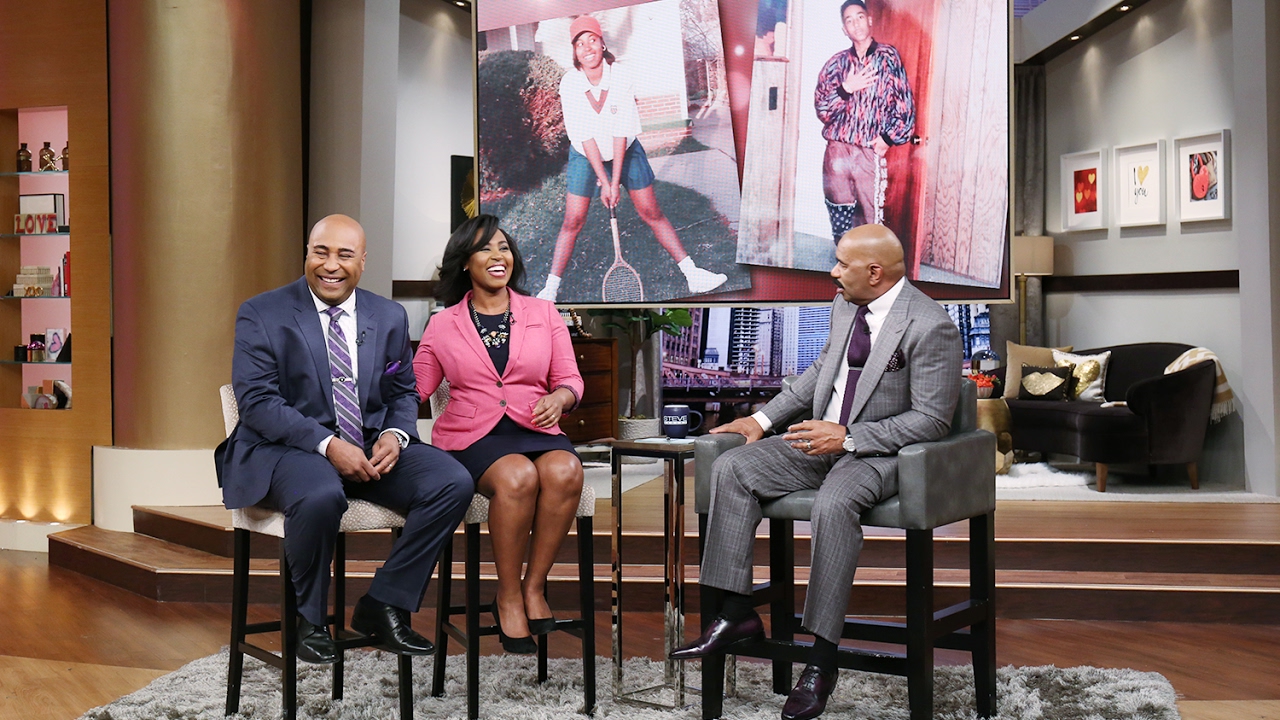 Audience members Friday voted a former Detroiter the Most-Romantic Man (and husband) on the Steve Harvey Show. Shomari Stone is a reporter on the NBC-TV affiliate in Washington, D.C. Stone and his wife, veterinarian Dr. Kristal Southern, first dated as teenagers in Detroit. But their eight-month, budding romance was cut short when Stone went off to boarding school in California. The couple, now both in their late 30s, were reunited after 22 years when Southern heard her first love reporting the capital’s evening news in late 2015. Shomari, Southern told the Washington Post last year, was her first crush, her first kiss and her first boyfriend: “He set the baseline for everybody else.”

Mariah Carey’s engagement to Australian zillionaire James Packer, 49, may have tanked last year, but the 46-year-old singer (some reports say 47) has rebounded. Carey told the Associated Press Wednesday she’s got a new love of her life — her hunky backup dancer, 33-year-old Bryan Tanaka. Carey posted an Instagram picture of the two of them in formal garb on Valentine’s Day, drinking champagne in a bathtub. Still, she’s not saying much. “I just don’t feel comfortable talking about my personal life. … Me and my boyfriend don’t want to do that.”

William James Myers, known in the WWE wrestling ring as George “The Animal” Steele, has died at 79. WWE made the announcement Friday morning after Hulk Hogan tweeted, “George ‘the Animal’ Steel, RIP my brother, only love, only grateful,” according to Variety. Cause of death has not been released. Detroit-born Steele graduated from Michigan State, where he played football. “The Animal” was famous for being a wild man — shredding things with his teeth and sticking out his green tongue. Steele was inducted into the professional wrestling Hall of Fame in 2005.

Two years after one of Hollywood’s prettiest power couples hit the skids, Jennifer Garner is reportedly about to launch formal divorce proceedings against Ben Affleck, according to Us Weekly. Garner and Affleck, both 44, met on the set of the 2001 “Pearl Harbor” and split up two years ago.