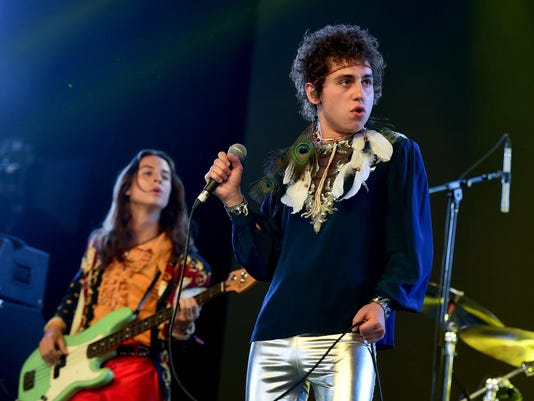 Michigan rockers Greta Van Fleet's star continues to rise. If you want to see what all the fuss is about, but couldn't make it to the band's three sold-out concerts at the Fillmore Detroit this spring, the boys — brothers Josh, Jake and Sam Kiszka and Danny Wagner — will be the musical guests on "The Tonight Show with Jimmy Fallon" Thursday night at 11:35 p.m. on NBC.

A post office just across the street from the University of Southern California in Los Angeles will be renamed after late Motown singer Marvin Gaye. President Donald Trump signed the the bill into law this week, making the name change official. The bill was introduced by California Democratic Rep. Karen Bass. Gaye was born in Washington, D.C,. but lived in L.A. until his murder in 1984. He lived in Detroit and recorded with Motown records in the 1960s.

Pop star Demi Lovato is awake and recovering with her family after being hospitalized Tuesday after a suspected overdose, the Associated Press reports. “Demi is awake and with her family who want to express thanks to everyone for the love, prayers and support,” Lovato’s representative said in a statement Tuesday evening. “Some of the information being reported is incorrect and they respectfully ask for privacy and not speculation as her health and recovery is the most important thing right now.” According to TMZ Lovato was partying at her house when EMTs were called, and that she appeared to have overdosed on heroin, and was treated with Narcan, an emergency treatment for narcotic overdoses. Wednesday, however, Page Six reported that "sources close to" Lovato insist it wasn't heroin. The Blast has sources that say a nurse at the hospital told police that Lovato was using methamphetamine in the time leading up to the incident.