Grapevine: Rapper Cardi B hands out free coats in Brooklyn

Grapevine: Rapper Cardi B hands out free coats in Brooklyn 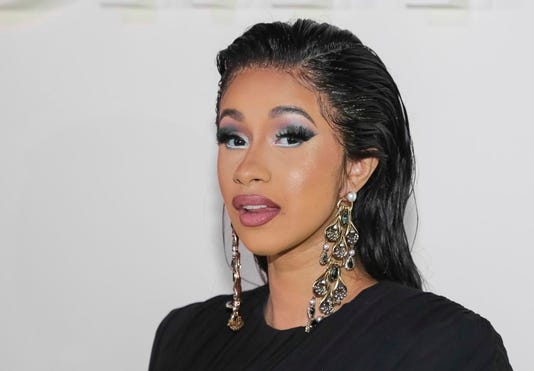 Rapper Cardi B hands out free coats in Brooklyn

For those in need, getting a free winter coat just before the cold season is a treat, but getting one from rap star Cardi B is another level. A New York ABC affiliate reports that hundreds of people waited in line Thursday night to get a coat from the newlywed rapper who is also a new mom. Cardi B passed out coats and shoes to people from a housing project in Brooklyn. The chart-topping rapper, who herself was raised in the Bronx, reportedly spent hours at the barricades were people were lined up and at a nearby community center. “I want these kids to learn from me that you got to give back to the hood,” she said. “These kids follow me, these kids listen to my music. We gotta set an example for the kids and the future.” Cardi was also on “Jimmy Kimmel Live!” this week, gushing about her new baby girl, Kulture Kiari Cephus, that she has with husband Offset. She joked that she loves being a mom so much she should have done it when she was a teenager. “This is what I was missing my whole life? I love you,” she said.

Reports: Rihanna said ‘no thanks’ to Super Bowl

Those close to singer Rihanna have reported to Us Weekly that she turned down an offer to perform at the Super Bowl LIII halftime show because of her support for Colin Kaepernick. According to the source, Riri was asked by the NFL and CBS, but she turned them down because of the way the NFL has handled the kneeling controversy. News broke in September that pop/rock band Maroon 5 will be the halftime show. Rumors are swirling that Cardi B may be a special guest. Super Bowl LIII is Feb. 3 at the Mercedes-Benz Stadium in Atlanta.

Britney Spears is returning to Sin City with a new concert series. The pop star will launch “Britney: Domination” February at Park MGM’s Park Theater. It’s set to run through August and tickets go on sale Oct. 26. Her last Las Vegas residency was “Britney: Piece of Me” and ran for nearly 250 shows (far more than the initial 50-date run) at Planet Hollywood.