The contest aims to help college students with their business goals 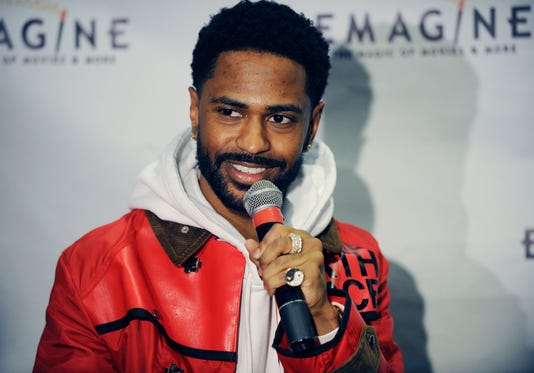 Detroit rapper Big Sean and the Thurgood Marshall College Fund have partnered with Ally Financial to launch “Moguls in the Making.” The entrepreneurial competition aims to help students from historically black colleges and universities make their business dreams come true. The competition will be held in Detroit and kicks off with a weekend-long challenge in March where students pitch their business plans to a panel of judges. The top two teams will receive prizes. The application deadline is Feb. 3. Visit tmcf.org/moguls for information.

The world's top funnymen of the year have been ranked by paycheck once again by Forbes Magazine. From June 2017 to 2018, Jerry Seinfeld raked in the most cash, earning $57.5 in 12 months before taxes and fees. He earned his dough from his Netflix deal, Hulu streaming rights to "Seinfeld" and from performing stand-up comedy. Comedic actor and stand-up Kevin Hart came in second by only half a million at $57 million. He had the biggest comedy tour of the year and stared in "Jumanji," which grossed nearly $1 billion worldwide. Seinfeld has topped this list every year since Forbes started tracking in 2006 with the exception of 2016 when Hart was on top. The top ten list of top-earning comedians are all men, and include (in order) Dave Chappelle in third, followed by Chris Rock, Ricky Gervais, Gabriel Iglesias, Terry Fator, Jim Gaffigan,Jeff Dunham and Sebastian Maniscalco.

Kool A.D., aka Victor Vazquez, formerly of indie-rap group Das Racist, is being accused of having sexually assaulted four women between 2006 and 2015. The women include his estranged wife, Saba Moeel, former collaborator Andie Flores, former friend Marta Martinez and an "acquaintance who asked to be referred to as Senn." They went to Pitchfork to detail accusations of non-consensual sex. Vazquez responded with a statement confirming the encounters, and saying he thought they were consensual. “It was never my intention to hurt anybody, but through ignorance, entitlement and ego, I now see that I have,” he wrote.

• The popular Netflix show "Chilling Adventures of Sabrina" has been renewed for a second season. Variety reports that the streaming service ordered another 16 episodes, which will be split into two parts. The second half of season one is set to come out in April.

• Rosie O'Donnell became a grandmother for the first time recently after her daughter, Chelsea O’Donnell, 21, gave birth to a baby girl she named Skylar Rose.