Kevin Spacey has posted a video in character as his “House of Cards” role in which he says “I’m not going to pay the price for things I didn’t do.” 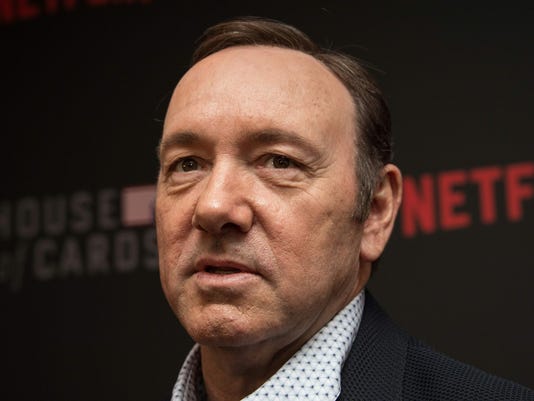 Boston – Kevin Spacey is scheduled to be arraigned next month on allegations he sexually assaulted the teenage son of a Boston television anchor in a restaurant, a Massachusetts prosecutor said Monday.

The Academy Award-winning actor, 59, is due in Nantucket District Court on Jan. 7 to face a charge of indecent assault and battery, Cape and Islands District Attorney Michael O’Keefe said.

A criminal complaint was issued by a clerk magistrate at a hearing Thursday, he said.

Shortly after the charge became public, Spacey posted a video on YouTube titled “Let Me Be Frank” and tweeted a link to it, breaking a public silence of more than a year.

In the bizarre dramatic monologue delivered in the voice of Frank Underwood, his character on Netflix’s “House of Cards” who was killed off after sexual misconduct allegations emerged, he says, “I know what you want. You want me back.”

He goes on to say, “Of course some believed everything and have just been waiting with bated breath to hear me confess it all, they’re just dying to have me declare that everything they said is true and I got what I deserved. … I’m certainly not going to pay the price for the thing I didn’t do.”

It is unclear whether Spacey is referring to the charge he faces.

He later adds, “Soon enough, you will know the full truth” before the three-minute video ends with a burst of dramatic cliffhanger music.

Former news anchor Heather Unruh came forward in November 2017 and said the actor stuck his hand down her then-18-year-old son’s pants and grabbed his genitals at the Club Car Restaurant on the resort island of Nantucket in July 2016.

Her son fled the restaurant when Spacey went to use the bathroom, Unruh said at the time.

Unruh said her son didn’t report the assault right away because he was embarrassed.

“The complainant has shown a tremendous amount of courage in coming forward,” Mitchell Garabedian, a lawyer for Unruh’s son, said in a statement Monday. “Let the facts be presented, the relevant law applied and a just and fair verdict rendered.”

Spacey remains under investigation of sexual assault in Los Angeles for an incident that allegedly occurred in 2016. Prosecutors declined to file charges in a 1992 allegation because of the statute of limitations.

The accusations against Spacey, which came early in the #MeToo movement that brought attention to sexual assault, cost him roles.