It's the latest and most public pushback from the family and Jackson estate, which have repeatedly denounced the documentary in recent weeks 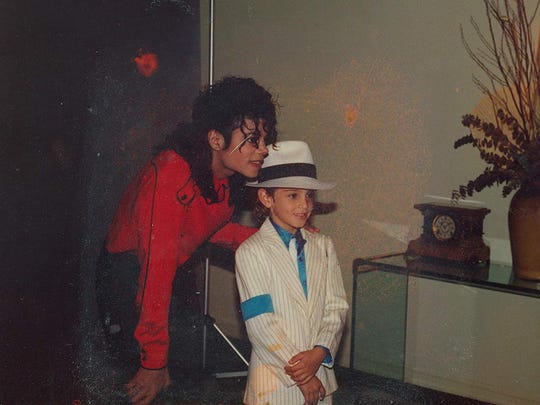 Los Angeles – The family of Michael Jackson had a feeling the years-old child molestation allegations against the pop superstar would resurface at some point. So they say they weren’t entirely surprised to learn that a forthcoming HBO documentary would feature two of his accusers.

“I thought, ‘Oh here we go again,’” Jackson’s oldest brother Jackie Jackson said Tuesday of the moment he learned of “Leaving Neverland” while on tour in Australia. “That’s the first thing we said,” Jackie Jackson said during an interview with The Associated Press seated next to his brothers Tito, Marlon and his nephew, Taj.

The documentary, which premiered at the Sundance Film Festival to a standing ovation , will starting Sunday air the abuse allegations of two men , Wade Robson and James Safechuck, who had previously denied Jackson molested them and supported him to authorities and in Robson’s case, very publicly.

“It was going to be the 10-year anniversary,” Taj Jackson said, referring to his uncle’s June 2009 death. “I remember a year ago I was like, ‘This is too appetizing for the media. They’re going to do something. This is the time when everyone comes out of the woodwork, the same cast, the same characters that have been discredited throughout the years. They have a platform now to talk about Michael Jackson.”

It was the latest and most public pushback from the family and Jackson estate, which have repeatedly denounced the documentary in recent weeks through written statements, a lawsuit , and letters to HBO and Britain’s Channel 4, which plan to air the film. HBO announced Wednesday that it will air a special on Monday night in which Oprah Winfrey also interviews Robson and Safechuck .

Their central criticism has been the film’s failure to talk to family members or other defenders of Jackson, whom they insist never molested a child.

The brothers said they would have answered the allegations had the filmmakers asked them.

“Oh, we definitely would have come and talked to them about the situation … to protect our brother,” Tito Jackson said. “He’s not here no more. He’s passed, and, we’re his brothers, we’re supposed to do this.”

Marlon Jackson added, “I look at it as yes, you’re protecting your brother, but you’re telling the truth, and we want people to understand the truth. And I do not understand how a filmmaker can make a documentary and not want to speak to myself or some of the other families that were at Neverland.” 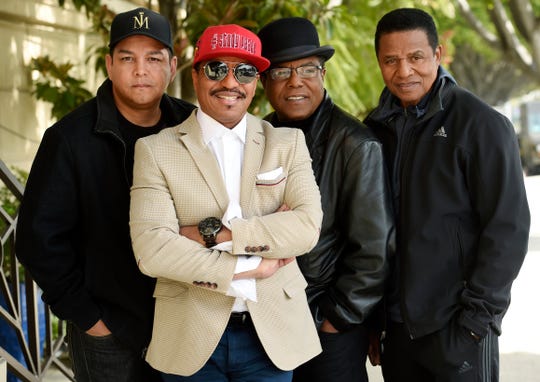 The documentary’s director Dan Reed has repeatedly defended his film, which uses only the voices of Robson, Safechuck and their families.

“It’s the story of these two families and not of all the other people who were or weren’t abused by Michael Jackson,” Reed told the AP the day after the film’s premiere. “People who spent time with him can go, ‘he couldn’t possibly be a pedophile.’ How do they know? It’s absurd.”

Robson, 36, and Safechuck, 40, both came forward as adults, first via 2013 lawsuits and later in the documentary, to talk about the alleged abuse, which Robson says started when he was 7, Safechuck when he was 10.

Both had previously told authorities there had been no abuse, with Robson testifying in Jackson’s defense at the 2005 molestation trial that ended with the superstar’s acquittal.

Jackson family members say they were especially stunned to first hear such allegations coming from Robson, a noted choreographer who has worked with Britney Spears and ‘N Sync. Many Jacksons, including Taj, had known Robson and his family since he was a child. Robson had dated Jackie Jackson’s daughter for over seven years.

“I was like ‘No that can’t be Wade Robson not the same guy that I knew, They must have got the names wrong,” Taj Jackson said. “Wade was the most adamant person when it came to 2005 and the trial. He was their first defense witness. He was the star witness. He was adamant that nothing ever happened.”

Taj Jackson said he remembers thanking Robson the day he testified, and Robson responding that it was the least he could do for Michael.

“To see that 180, it feels like the biggest backstab that you could possibly feel,” he said.

The film acknowledges and discusses the men’s initial denials of abuse. Both say they experienced trauma that emerged as adults when they started to accept what happened to them.

No one in the Jackson family has any memory of meeting Safechuck. They have focused their criticism on Robson, whose allegations, they say, have coincided with financial problems.

They say in particular that being denied a job with a Jackson-themed Cirque du Soleil show prompted him to change his story.

Robson has said it had no bearing on the allegations, and that he actually removed himself from the Cirque du Soleil show because he was having nervous breakdowns. Those prompted him to talk to his therapist for the first time about the abuse.

Robson’s attorney Vince Finaldi said Wednesday that it was in fact the trauma from reliving the sexual abuse that caused Robson’s financial problems, because he stopped working to deal with it.

“One of the keys to his healing was stepping away from the entertainment industry,” Finaldi said.

The men’s lawsuits have been thrown out on technical grounds, but their attorneys are appealing the rulings. Finaldi said they will pursue all available means whether via the law or media to tell their stories.

“They’re never going to stop speaking their truth,” he said.

The Jackson estate’s lawsuit , filed last week, alleges “Leaving Neverland” violates a 1992 contract agreeing the channel would not disparage Jackson in the future. HBO called the lawsuit a desperate attempt to undermine the film.

Jackson’s family urged those inclined to watch “Leaving Neverland” to look deeper into the situation.

“That’s all we’re worried about is just facts,” Marlon Jackson said. “The facts, which are public record, tell a totally different story than what this documentary talks about.”