The Detroit-born singer, songwriter and producer received an honorary doctorate of humane letters 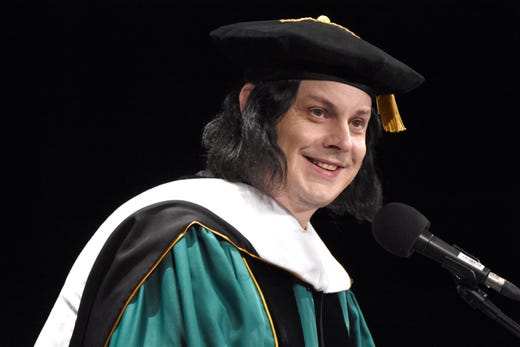 Musician Jack White addresses graduates after receiving an honorary degree during the Wayne State University commencement exercises at the Fox Theatre on Friday, May 3, 2019. Max Ortiz, The Detroit News
Fullscreen 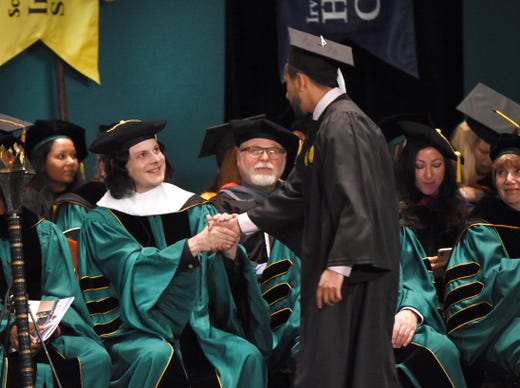 The Detroit-born singer, songwriter and producer received an honorary doctorate of humane letters Friday from Wayne State University, which he briefly attended. The school cited “his dedication to Detroit and significant contributions to the arts.”

Rock star Jack White receives an honorary degree from @WayneState for his “dedication to Detroit and significant contributions to the arts as one of the most prolific and renowned artists of the past two decades.” (📼: @KaylaCockrel) pic.twitter.com/NNTgbVxP57

White also was lauded for his local philanthropy. White says he could initially only afford a few film classes at the school, but they inspired his craft.

The 43-year-old White has earned multiple Grammy awards and nominations both as a solo artist and as a member of The White Stripes, The Raconteurs and The Dead Weather. In its earliest gigs in 1999, The White Stripes played WSU's Student Center.

White founded Third Man Records in Detroit in 2001 before relocating to Nashville, Tennessee. He opened a Third Man retail store near Wayne State in 2015 and added a vinyl record pressing plant a couple years later.