Johnny Depp testifies Heard attacked him, he never hit back 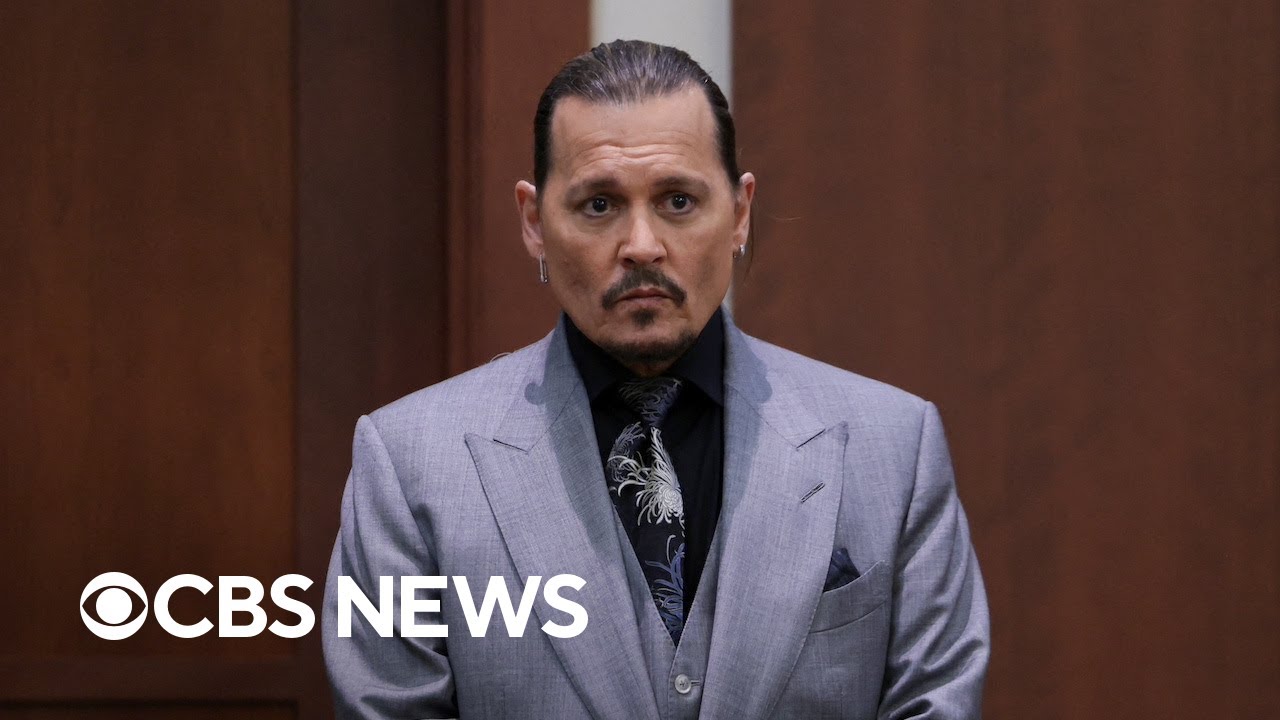 Fairfax, Va. – Actor Johnny Depp scoffed at the notion during court testimony Wednesday that his constant quarrels with ex-wife Amber Heard would ever prompt him to hit her.

“Violence isn’t necessary,” he said from the stand during his libel lawsuit against Heard, his second day of testimony. “Why would you hit someone to make them agree with you?”

Depp also gave a graphic description of a final fight as the couple drifted toward divorce, accusing Heard and her friends of pretending that he was assaulting her. Soon after, Heard sought a restraining order and was photographed with marks on her face.

He testified that Heard was on the phone with a friend shouting, “Stop hitting me Johnny!” even though he was standing nowhere near her.

The fight had started as Depp said he’d come to the realization after his mother’s death that it was time for the couple to split. The argument intensified, he said, as Depp accused her of leaving human fecal matter on his side of the bed in the penthouse they’d shared. He said Heard kept denying it, but he was convinced she was lying.

“She tried to blame it on the dogs. They were teacup Yorkies, 4 pounds each,” he said.

Heard has accused Depp of physically and sexually assaulting her on multiple occasions before and during their brief marriage. Depp sued after Heard made an indirect reference to those accusations in a 2018 op-ed piece she wrote for The Washington Post.

Depp began to address Heard’s accusations in detail Wednesday. Heard has said the first time she was assaulted was when Depp slapped her in 2013 after she made fun of a tattoo he had – one that used to say “Winona Forever” when he was dating the actress Winona Ryder that he altered to “Wino Forever” after they broke up.

“It didn’t happen,” he said of the alleged assault. “Why would I take such great offense to someone making fun of a tattoo on my body? That allegation never made any sense to me.”

Later, he addressed an alleged assault on a private plane flight in 2014 from Boston to Los Angeles when he was filming the movie “Black Mass.” Heard has said Depp became blackout intoxicated and assaulted her on the plane ride.

Depp testified he took two oxycodone pills – an opiate to which he admits he was addicted at the time – and locked himself in the plane bathroom and fell asleep to avoid her badgering.

He took great lengths to explain the difference between falling asleep on opiates and blacking out on alcohol, and insisted throughout his testimony that he was never addicted to booze.

Depp testified that he drank only a glass of Champagne as he boarded the plane. But according to evidence introduced at a similar trial in England where Depp sued a British tabloid – a lawsuit he lost – Depp texted his friend, actor Paul Bettany, and referenced drinking half a bottle of whiskey, “a thousand Red Bull vodkas” and two bottles of Champagne before the flight.

Depp also discussed a violent argument in 2015 – shortly after they were married – in Australia that resulted in the tip of his middle finger being cut off. He said Heard was irate that Depp’s lawyers had asked her to sign a post-nuptial agreement. Depp said he retreated to a basement bar and started pouring himself shots of vodka, which further enraged her.

He said she threw two vodka bottles at him, the second of which exploded where he had placed his hand on the bar, severing the finger to the point where bone was exposed.

“I don’t know what a nervous breakdown feels like, but that’s probably the closest I’ve ever been,” he said.

Depp said he began to write on the walls in his own blood to recount lies in which he had caught Heard.

Depp told hospital doctors he had injured himself, and contemporaneous text messages introduced as evidence refer to Depp injuring himself. Depp testified he lied about the cause of the injury to protect her. In opening statements, Heard’s lawyers said the laws of physics do not support Depp’s story and they will introduce evidence to prove that.

Most of Depp’s Day 1 testimony in Fairfax County Circuit Court focused on his descriptions of a difficult childhood, his rise to fame as an actor after an aborted music career and his early relationship with Heard after meeting her on the 2011 film “The Rum Diary.” The two married in 2015 and she filed for divorce a year later.

Taking the stand for a second day, Depp said things began to change in his marriage when he felt that he “was suddenly just wrong about everything” in Heard’s eyes.

Violence would often ensue, sometimes with a slap or a shove from Heard or his wife throwing a television remote control or a glass of wine in his face, Depp said.

“There were times when I would just go and lock myself in the bathroom or a place where she couldn’t get to,” Depp said.

Depp said he used drugs and drank alcohol as a way to cope with Heard’s abuse and said she was also a heavy drinker.

Depp said he at one point stopped drinking to try to save the relationship. But Depp said Heard refused to abstain, even when he asked her to help him in his sobriety.

Depp sued Heard after she wrote a 2018 op-ed piece in The Washington Post in which she referred to herself as a “public figure representing domestic abuse.”

She never mentioned Depp by name, but Depp and his lawyers said it was a clear reference to accusations Heard made in 2016 when the couple divorced and she sought a restraining order against him.

Depp said the accusations and the article contributed to an unfairly ruined reputation that made him a Hollywood pariah and cost him his role in the lucrative “Pirates of the Caribbean” movie franchise.

Heard’s lawyers say the article is accurate and does not defame him. They say Depp’s ruined reputation is the result of his own bad behavior, including drug and alcohol abuse.