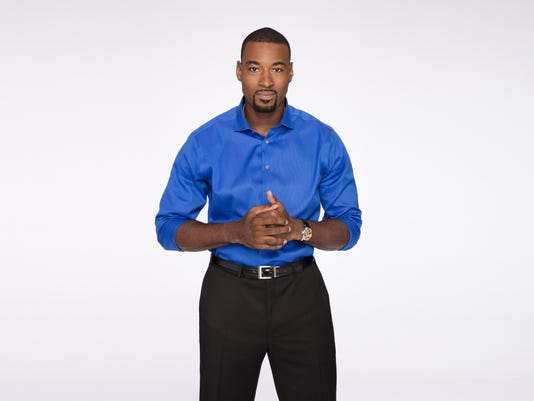 ABC’s “Dancing With the Stars” added a twist Monday night.

For the first time in 23 seasons, the reality show dancing competition hosted a “face off night,” where two couples danced the same style to different songs. The couple with the higher score from the judges won immunity from this week’s elimination. One of the six couples with the lowest scores will go home Tuesday based on viewer votes.

In the fast-paced one-hour show, due to the presidential debate, the judges didn’t share commentary and went straight to their scores.

Dancing to “Woman’s World” by BJ the Chicago Kid, Johnson earned the higher score of 32 out of 40. Jole, who came in second last week, is in jeopardy of going home with a score of 30 for her performance to “Iris” by the Goo Goo Dolls.

Before the show, Jole tweeted a picture with Johnson and co-host Tom Bergeron.

“Truth is, I adore @calvinjohnsonfr & know he’ll do great tonight….that said, I still want to beat his scores!”

In a video before dancing, Johnson admitted it’s not easy showing his soft side.

“I played professional football. I’m used to being rough and tough, not showing any emotion, but this is a little bit something different for me,” he said. “I gotta get used to being delicate.”

Actress Jana Kramer, of Rochester Hills, and her partner Gleb Savchenko danced a jive to Bette Midler’s “Too Many Fish in the Sea.” In their faceoff, they outscored Kenny “Babyface” Edmonds and partner Allison Holker — who danced to Little Richard’s “Great Gosh A’mighty” — by 1 point.

Before performing, Kramer expressed her nervousness about the jive.

“The jive is a lot of technique, and it’s technique that has to be done fast,” she said. “Those two together, it’s kind of a disaster.”

Co-host Erin Andrews didn’t appear on Monday’s episode. In a tweet, Bergeron said Andrews was taking time off because the nephew of her boyfriend, hockey player Jarret Stoll, passed away. Andrews is expected to be off for the results show Tuesday at 8 p.m. EST.

Last week, “Wizards of Waverly Place” actor Jake T. Austin was sent home. Hernandez and her partner Valentin Chmerkovskiy topped the leader board with their combined score of 63 points from the first and second weeks.