Steven Spielberg opens up about filmmaking in HBO doc

Steven Spielberg opens up about filmmaking in HBO doc 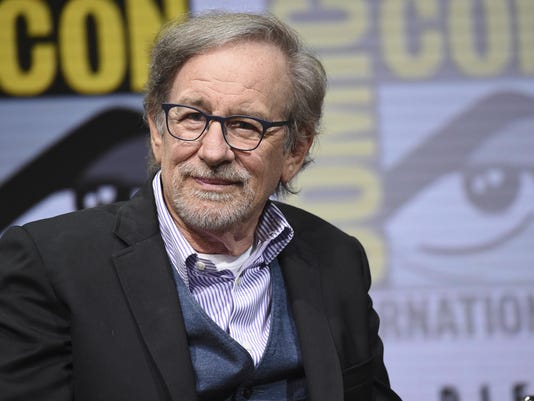 Steven Spielberg isn’t afraid to talk about his flops.

“Indiana Jones and the Temple of Doom” is his least favorite film in that franchise, says documentarian Susan Lacy, who spent more than 30 hours interviewing the filmmaker for “Spielberg,” premiering Oct. 7 on HBO.

She said she only expected to have four interviews with the traditionally private filmmaker, but that they ended up meeting 17 times.

“I can only guess that turning 70 is a turning point for many people,” said Lacy, who created and produced the “American Masters” series on PBS for decades. Spielberg turned 70 in December.

She also spoke with Spielberg’s parents and sister, as well as scores of his collaborators, including Daniel Day-Lewis, Matt Damon and Tom Cruise.

The most compelling thing about Spielberg, both to his colleagues and to Lacy, is his deep knowledge of and enthusiasm for the medium, she said.

“I could not believe how articulate he was about the process of making films and his process of making films, and how much fun he had talking about it,” she said. “Every actor I interviewed — and I interviewed everybody … that’s what they were most impressed with: How much he understands the process of filmmaking and how he sees ahead when he’s shooting … There are very few filmmakers who have that skill, and it impressed everyone.”

Lacy described her subject as a populist and an artist, saying his early work reflects his life in the suburbs and as a child of divorce and his later movies pay homage to the classic Hollywood filmmakers he admired, such as William Wyler and John Ford.

She said Spielberg never tried to influence her documentary’s approach and that he didn’t see the film until it was finished. When he called Lacy to say he liked it, she let out a sigh of relief.

“I didn’t allow myself to go there: What happens if Steven Spielberg doesn’t like the movie?” she said. “If I’d thought about that, I’d probably have been frozen and immobilized and not able to do it.”

“Spielberg” focuses on his work as a director. Lacy said she doesn’t get much into his philanthropic efforts or his various projects as a producer.

The documentary’s most valuable message for future filmmakers and other creative people, she said, is Spielberg’s belief in himself.

“Having a vision and sticking to it and not letting anybody get in the way of it is probably the best lesson you can learn from Steven Spielberg,” Lacy said. “The decision to make ‘Schindler’s List,’ a 3 1/2-hour black-and-white movie about the Holocaust, that didn’t come out of any kind of focus group. That was a belief that it was something he needed to do.”

Spielberg won his first directing Oscar for the 1994 film, which was also named best picture.