'Ramy' star Ramy Youssef has faith in his comedy

'Ramy' star Ramy Youssef has faith in his comedy 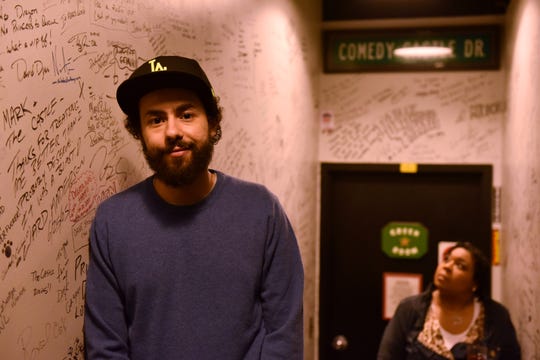 Ramy Youssef has no problem leaving an audience hanging.

"The element of discomfort is really fun," says the comedian, who has just closed his show at Mark Ridley's Comedy Castle in Royal Oak with a 9/11 joke that had audience members shifting in their seats. (Youssef requested the joke not be printed, since it's a part of his upcoming HBO special, which airs in June.)

The rest of Youssef's set plays with material about pop culture topics, Uber drivers, dating and his faith, a cornerstone of the 28-year-old Muslim's life, as well as his act.

And that closer? "I think there's something fun about leaving a comedy show and having some unanswered stuff that you have to chew over with some friends," says Youssef, seated comfortably inside the Comedy Castle's green room, an untouched spread of sugary snacks an arm's length away. "I think that's what we try do do on the show, too."

The show is "Ramy," the 10-episode series which premiered on Hulu last week. In it, Youssef stars as a fictionalized version of himself, a first-generation Egyptian-American growing up in northern New Jersey and dealing with his family, his friends, his job, his romantic turmoil and his religion.

In short, it covers similar ground to many comedy series with a young male protagonist, but its point of view — told through that of a millennial Muslim — as well as its frank handling of its lead character's spirituality make it a welcome, unique voice on the TV landscape. 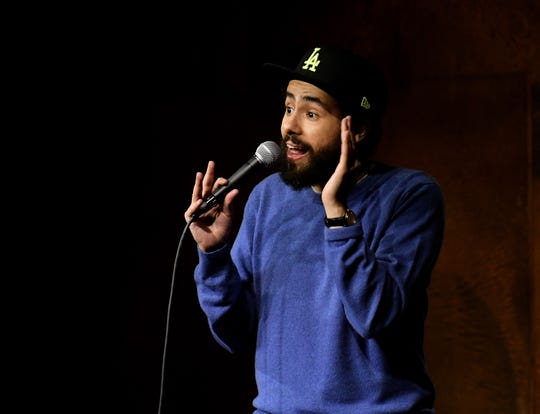 "Here's a Muslim who's not disassociated from his faith. It's a perspective you don't hear about a lot in post-9/11 America," says Mark Habib, a comedian from Clawson who is also a first-generation Egyptian-American.

He says "Ramy's" arrival couldn't come at a better time. "We could have easily had this show before the (2016 Presidential) election, but now it's needed, as a contrary voice to the current state of affairs."

Youssef, whose father once worked for Donald Trump as a manager at New York's Plaza Hotel, took his time finding his comedic voice.

"I never thought I was funny, just because my family was so funny," says Youssef, a black and neon green Los Angeles Dodgers cap resting atop his curly head of hair. "My uncles and everyone else would make me laugh so much, and I would go, 'I'm not funnier than them.' And I'm still not funnier than them."

He was drawn to the arts at an early age, and was filming and editing mini movies on his home camera by middle school. In high school, he gravitated toward theater productions, since he wanted to be involved in an activity but didn't excel in sports.

After high school, Youssef studied at Rutgers and also enrolled in acting classes at New York's William Esper Studio, a performing arts school in Manhattan. "It was too much to do both," he says, so he took a semester off to finish up acting classes with the intention of later returning to Rutgers. "That was what I told my parents," he says, "and then I just never went back." 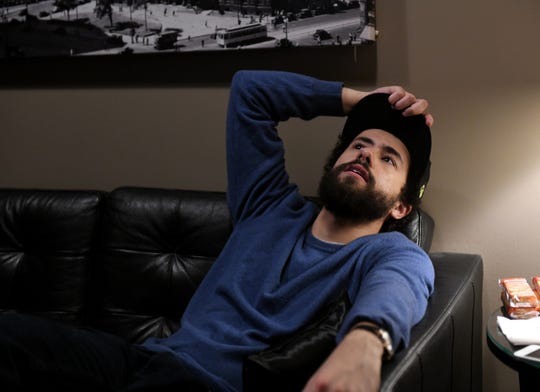 His parents wanted him to go to college to have the security of a job, which he found just three weeks after dropping out when he landed a role on "See Dad Run," a Scott Baio-led sitcom on Nick at Nite. That job brought him out to Los Angeles, where he currently resides.

"I didn't grow up knowing anyone in the business, and then I ended up being on this show, and it was very exciting getting that validation and that push. You're like, OK, maybe this is what I'm supposed to do," Youssef says.

He graduated to small roles on "Mr. Robot" and the James Franco comedy "Why Him?" while his stand-up — he performed at the Dearborn Comedy Festival at the Arab American National Museum in 2014 — eventually earned him a booking on "The Late Show with Stephen Colbert" in 2017. "Ramy" came together soon after.

"Ramy," which was co-created by "The Carmichael Show's" Jerrod Carmichael, is born of Youssef's desire to connect with people and share his personal point of view.

"It comes from not wanting to be misunderstood, but also not wanting to live in fear," Youssef says. "Growing up in the era of fear, growing up with the way my faith is portrayed and the way Arabs are portrayed, a big part of my life has been about wanting to push through those things. I prefer to have fun and get weird as opposed to being afraid."

He's had to mitigate the expectations of telling a story that fully represents an entire community, an "unrealistic" task that doesn't make good art, Youssef says.

"I think what serves us is people being themselves, authentically," he says. "I hope that, in the way that other things have inspired me, that ("Ramy") inspires not only people making art but networks to realize they can put their money behind someone who's going to be specific. It's really all about having a point of view that means something to you." 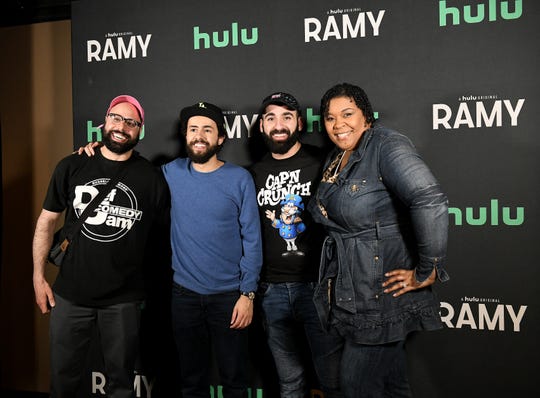 From left, Comedians Dave Merheje, Ramy Youssef and, at far right, Crystal P., take a group photo with emcee Joey Namou from the Mojo in the Morning show after the show at Mark Ridley's Comedy Castle in Royal Oak, Mich. on April 23, 2019. (Robin Buckson / The Detroit News) (Photo: Robin Buckson, The Detroit News)

Youssef has plans for "Ramy" heading forward, and is hoping the show is picked up for additional seasons. "There's a lot more for the Ramy character and a lot for those around him," Youssef says, before doing a meet and greet with fans and heading off to a stand-up gig in Houston. "We're going to see him make some choices. He's been very much tiptoeing around making big life decisions, and I think it's time to see him make some."

And if they make some viewers uncomfortable, Youssef will have done his job.