Fox: Jussie Smollett won’t be on final season on ‘Empire’

Fox: Jussie Smollett won’t be on final season on ‘Empire’

Beverly Hills, Calif. – Jussie Smollett is gone from “Empire” but his character will live on, at least in photos.

Smollett’s Jamal Lyon, who last season married Kai (Toby Onwumere), will be away on his honeymoon when the Fox drama returns Sept. 24 for its sixth and last season, Fox Entertainment CEO Charlie Collier said Wednesday.

“You’ll see pictures of him in the background,” Collier said, without elaborating. He promised, “surprises at the beginning of the season that you’re going to love.” 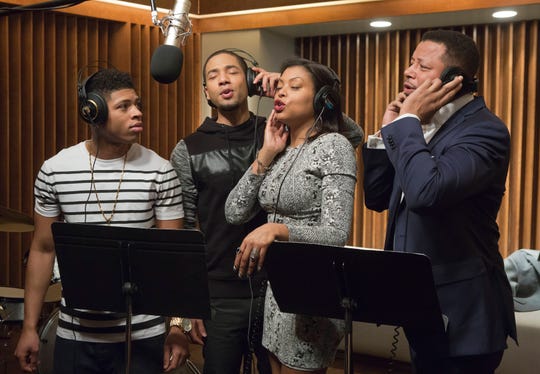 In a Q&A with TV critics, affirmed series producer Lee Daniels’ decision to drop Smollett from the hip-hop family drama.

Daniels had initially supported Smollett after the actor claimed he suffered a racist and anti-gay attack in Chicago. But when Smollett faced charges for allegedly fabricating the attack, Daniels said the matter had become painful and frustrating for him and the “Empire” cast.

Prosecutors dropped the charges against Smollett in March, but a special prosecutor could charge him again.

Asked why Fox had extended Smollett’s contract despite his legal peril, Collier said the network wanted to properly assess the situation before making a decision about Smollett’s future with “Empire.”

Whether an “Empire” spinoff could happen remains to be seen. Collier said the focus now is giving the drama the “huge send-off” it’s earned by virtue of its pop-culture impact, but he’s open to the possibility.

“We’re in the Lee Daniels and Danny Strong business,” he said of the show’s co-creators and executive producers. “If there’s more stories to be told, we want to hear it.”