Warren Pierce is out at WJR, and the Appliance Doctor is in

Warren Pierce is out at WJR, and the Appliance Doctor is in

Bounced from his weekend morning shows at WJR-AM (760) last fall, Warren Pierce might reasonably have called it a career.

He didn't, he says, because he loves his listeners. And his daughters.

So instead of signing off, he has taken his inviting voice up the dial, to WDFN-AM (1130).

As of Super Bowl weekend, he's been buying airtime from 7 a.m.-10 a.m. Saturday and Sunday, hoping to regain his audience while recruiting advertisers who can recoup his expenses and indirectly pay for two eventual weddings and some student loans.

It's a pricey gamble. Three early hours on what's usually Detroit's second-place sports station goes for something approaching four figures. But the fill-in shifts WJR offered him didn't pay his bills or soothe his soul. 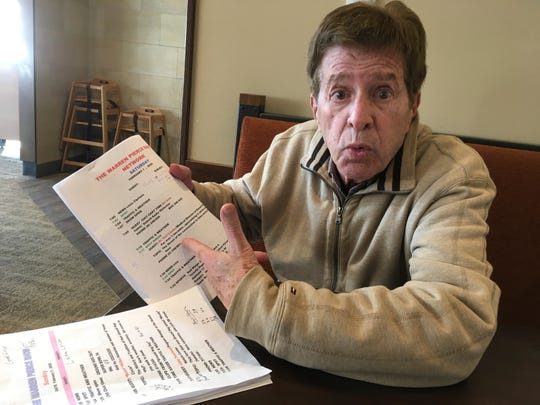 "That's not what I do," Pierce says. After 37 years spread across two stints in the golden tower, "I love my listeners, and they care about me."

Back at WJR, meanwhile, a familiar figure is occupying some of Pierce's old radio real estate: Joe Gagnon, 78, whose quirkily arresting "The Appliance Doctor" program has been broadcast in Metro Detroit continuously for a quarter century.

A former appliance repairman who grew up in Canada speaking French, Gagnon launched his mix of fix-it advice and consumer information on WJR in 1994. Even some station executives were skeptical: a guy on the radio, diagnosing problems by listening to the ka-thunk of a clothes dryer over the phone?

By the time he was lured away by WXYT-AM (1270) eight years later, his lines were jammed and advertisers were practically dueling with vacuum cleaner wands to buy time.

Most recently, he was at WTKA-AM (1050), an Ann Arbor sports station whose followers never warmed to the concept. There, much as Pierce is doing at WDFN, Gagnon sold his own ads — a challenging pitch when an idle switchboard suggests a lack of involved listeners.

At WJR, he says, he's on the payroll, and listeners are back on the phone.

Since October, for two hours starting at 6 a.m. Saturday and Sunday, "every show has been packed with calls," he says. "I’m not leaving here again, not unless it’s in a wooden box."

Pierce, who's in his mid-70s, doesn't rely on calls. Across three hours, he'll do as many as a dozen interviews, bracketed by breaks for news, weather and traffic with WJR veteran Lisa Cipriano.

He had helped pioneer talk radio on WJR in the mid-'70s, when even morning host and eventual Radio Hall of Famer J.P. McCarthy was interspersing his interviews with music.

By the early 1990s, Pierce says, he was told he needed to be more controversial to match Rush Limbaugh, his 1-3 p.m. competitor on WXYT. 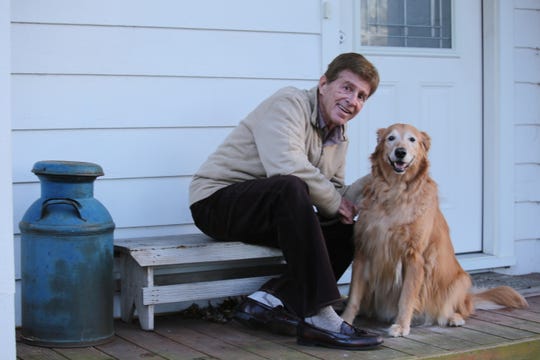 "I like to be positive," he says. "I'm going to ask the tough question, but ... what's the best way to put it? I'm non-confrontational."

With ratings slipping, he left WJR in 1993 and became a morning news anchor on WJBK-TV (Channel 2), where he had already been working weekends. The anchor job imploded in 1995 when he was discovered to have accepted free use of nearly 100 cars from manufacturers, most of them for a week.

BMW initiated the internal investigation by WJBK when it complained that Pierce had promised reviews of vehicles but never aired them. Pierce denied promising any coverage, and compared the practice to reading a book before interviewing an author.

With his now-ex wife, Jacquelyn, Pierce went on to host short-lived afternoon programs on low-impact stations in the late '90s before WJR brought him back in 2000 as an hourly employee with no benefits.

He still managed to support his four daughters, ages 24 to 44, while investing in nuptials and tuition. All have now graduated and two have married, but some loans remain and he considers any future weddings a welcome obligation.

It's too late to learn a trade, he says, so he's hoping he can cover expenses with his microphone.

He hit the airwaves running at WDFN: a Beaumont Health physician discussing the coronavirus, a Wayne State law professor on the presidential impeachment, the keeper of the Howell Nature Center's counterpart to Punxsutawney Phil, Detroit Lions alumnus Eric Hipple with an overview of the Super Bowl.

Hipple, 62, works in mental health outreach. He's done countless interviews with Pierce, he says, about everything from the Thanksgiving Day football game to the suicide attempt of another former Lions quarterback, Erik Kramer.

"Every single time I’ve talked with him, he gives me chance to talk about the things that are dear to my heart, like mental health," Hipple says. "He lets me hit the issues that are important to society, but don’t get brought to light unless somebody tunes in to hear about a game."

Pierce is always prepared, Hipple says, "and he doesn’t try to pin you to a certain position. If you say something contradictory to where he thinks you're going to go, he's accepting of it."

For Pierce, the key question now is whether listeners will accept him — or even find him — on WDFN, which relies mostly on syndicated sports shows.

"It'll be intriguing to watch," says Dick Kernen, media relations director at Specs Howard School of Media Arts in Southfield. "The last five years or so, radio has gone after smaller and smaller audiences with an eye toward how valuable they would be to certain advertisers.

"Warren may be in position, because of his history, to capitalize on that."

Pierce says he's never counted, but a friend worked the math and determined that he's done more than 70,000 interviews.

Those are mostly outbound calls. The inbound number for potential advertisers is (248) 626-6666.

In general, he says, he'd rather deal with knowledge than opinion, which explains the preference for selected guests over random grumps.

If you'd care to support the show, though, the guy who's been talking for five decades is all ears.