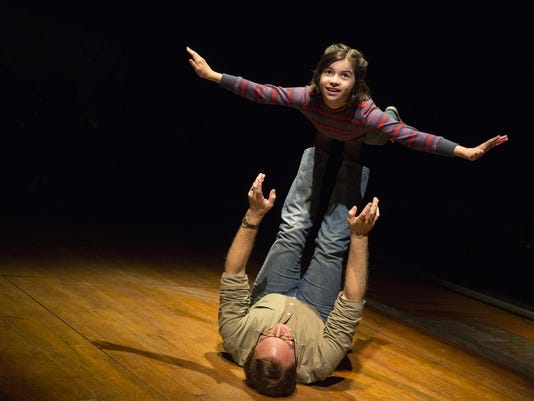 The musical “Fun Home” is included in the Broadway series.(Photo: Joan Marcus / AP)

Broadway in Detroit will bring five new Tony-award winning plays to the Fisher Theatre for the 2016-17 subscription series, including the smash hit “Fun Home.”

The series opens in October and runs through May 2017. Series tickets start at $250 a seat for the five plays.

“It’s one of our best seasons ever,” said Alan Lichtenstein, Broadway in Detroit executive director. “I’m excited about it myself, and after about 40 years in this business, I’m about the most jaded person you could find.”

“Beautiful — The Carole King Musical” snapped up two Tonys and a Grammy, while the sole nonmusical drama of the season, “The Curious Incident of the Dog in the Night-Time,” was named the Tony Awards Best Play for 2015.

As always, Broadway in Detroit will also offer four nonsubscription shows, whose tickets can be purchased individually: “The Book of Mormon,” “The Phantom of the Opera,” “Disney’s Lion King” (at the Detroit Opera House) and “Motown The Musical.”

“Gentleman’s Guide” is a madcap, murderous comedy about an heir far down the line of succession who hopes to jump to the front by eliminating eight pesky relatives.

“Fun Home,” by cartoonist and MacArthur “genius grant” winner Alison Bechdel, is an affecting autobiography about the complications that ensue when the author’s father announces he’s gay — weeks after the young Bechdel told her parents she was a lesbian.

“I actually cried at the end,” Lichtenstein said. “Such a good show.”

Songs an entire generation will recognize include “I Feel the Earth Move,” “You’ve Got a Friend” and “(You Make Me Feel Like) A Natural Woman.”

“Hedwig,” with one of the most-audacious premises in Broadway history, tells the story of a rock-and-roller from East Germany who undergoes a botched sex-change operation.

“It’s the story of a guy who’s gone through heck,” Lichtenstein says. “He’s Caitlyn Jenner without the money.”

And finally, “Curious Incident” takes as its hero a 15-year-old autistic boy who’s falsely accused of killing a neighbor’s dog, and who then seeks to vindicate himself.

“Hedwig and the Angry Inch:” February-March

“The Curious Incident of the Dog in the Night-Time:” May