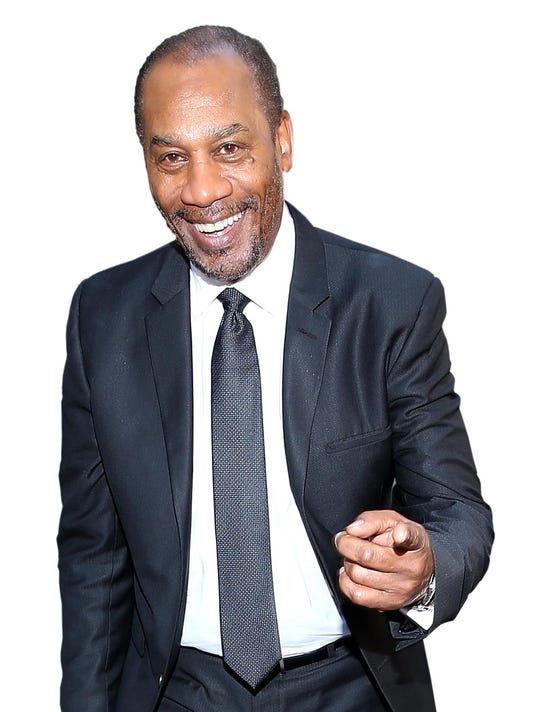 New York — – Emmy winner Joe Morton, known for his dramas, is taking a walk on the funny side.

Morton, whose film credits include “Speed,” “Terminator 2: Judgment Day” and who plays Olivia Pope’s father on ABC’s “Scandal,” is starring in the off-Broadway one-man-show “Turn Me Loose” at the Westside Theatre, produced by Academy Award winning singer-songwriter John Legend.

The play is a bio about Dick Gregory, who broke barriers as a black comedian and used his comedy to spread messages about social justice and better health. Morton, who portrays Gregory from age 29 to 80, delivers a deeply moving portrait, typical for the actor.

The Associated Press asked Morton, 68, about what we can expect, why Gregory is so important to America and what he’ll do if he sees Gregory in the theater:

Associated Press: You are mostly known as a dramatic actor. Are you funny?

There’s so much more here for the audience than just jokes.

What is Gregory’s genius?

He brought audiences into the absurdity of racism. By reversing everything, they understood how ridiculous and irrational racism is. There’s no foundation for anything. It’s just, ‘I feel this way because I’ve been taught to feel this way.’

Some younger people might not know that he is such a pioneer in terms of merging activism and humor.

Dave Chappelle and Richard Pryor and Bill Cosby — all of them say that’s the guy they were aiming to be. In different ways. Dick was the first to stand flat-footed — as he says — and talk to an audience about racism and politics and being black. That was almost completely unheard of.

Was there a key turning point in his career?

I think once he met Medgar Evers and once Medgar was assassinated, I think his life changed. He realized telling jokes was no longer enough of anything, even though you might be getting your point across. You had to be more involved and you had to be involved 100 percent. You couldn’t just be ‘I’ll get to it when I can get to it.’ He felt as if he needed to do it all the time. It’s not an easy road.

You depict his breakthrough: The time he was asked to fill in for another comedian at Chicago’s Playboy Club in 1961. His audience — white, Southern businessmen — immediately heckled him with racist gibes. But he left them howling.

He was supposed to do an hour show. He did five hours and he just won them over. He won them over by putting them in a situation that they didn’t expect to be in.

You’ve met Gregory and talked to him before. But he’s about to see this for the first time. Does that make you nervous?