Local theaters are experimenting with Facebook Live, dress up nights and giveback opportunities to engage theatergoers this season

Watching the rehearsal for “Spring Awakening,” Brad Hardecki mulled over how to publicize the first show of Southgate Community Players’ 60th season in the summer. No one was in costume, and no scenery was on stage, but the singers sounded ready for opening night.

Looking at his iPhone, the group’s vice president thought, why not try Facebook Live?

So he pulled up the Facebook app, and hit record.

Though the theater’s Facebook page has under 300 followers, the video got thousands of views.

“We’re always trying to find new ways to advertise, and we found social media is our best friend,” says Hardecki, who adds they’ll try Facebook Live again to promote its productions of “Alice in Wonderland Jr.” on Sept. 23-24 and “The Little Mermaid” in November.

As Michigan’s 150-plus community theaters head into the fall and winter seasons, many said they’re experimenting with new ways to reach audiences. Some are organizing events like dress-up nights; others are giving back through free acting classes. The majority are turning to Facebook, Twitter and Instagram to get theatergoers talking and watching. The fall season of theater, dance in Metro Detroit

“All of us are using social media way more,” says Betsy Willis, president of the Community Theatre Association of Michigan. “Historically in theater, word of mouth is the very best way to sell your show. You can buy all the ads in the world, but if people aren’t talking about it, it’s not working.”

The challenge with social media is “keeping up with the newest thing,” she says, “because everything lasts a day and a half.” While community theaters have not yet “mastered Snapchat,” Willis adds, many are dabbling in Instagram.

In July, the Farmington Players launched an Instagram account, @farmingtonplayers, to target a younger crowd for family-friendly productions like “The Best Christmas Pageant Ever” running Dec. 2-18. As of last week, the account had about 40 followers.

“(We’re) not sure yet if it will be helpful. But in this day and age, anything you can do to get in front of people helps,” says social media chairwoman Amy Lauter, who admits her 13-year-old daughter helps manage the account. “She’s cooler than me and knows more about it.”

“They’re almost like little commercials,” she says. “They’re well-edited, and I think it does a very good job of promoting the show.”

This season, the Grosse Pointe Theatre produced a video to promote its season opener “Singin’ in the Rain” (running through Oct. 1) that got more than 4,100 views on Facebook. Stagecrafters in Royal Oak also released a trailer for “Trevor,” which is opening Oct. 14 in its Second Stage series. (“Disney’s The Little Mermaid is running on through Oct. 2.) 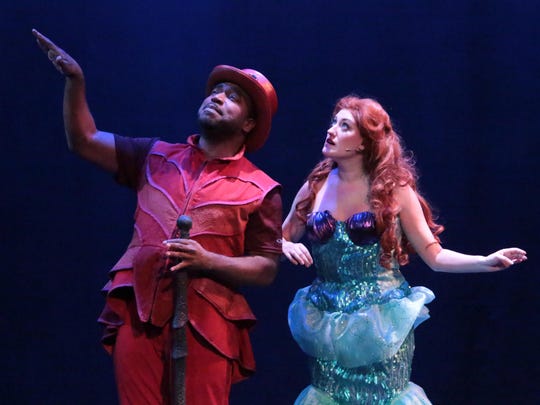 Dez Walker, left, and Kryssy Becker from the Stagecrafters production of “Disney’s The Little Mermaid” at the Baldwin Theatre in Royal Oak. (Photo: Lance Luce)

The Players Guild of Dearborn has a designated videographer who’s produced 22 videos since 2013 that are featured in its e-newsletters and online.

Marketing governor Tom Sparrow says the theater, entering its 89th season, reduced its number of seats from 288 to 248 three years ago “hoping to always attract a full-house.” The videos help meet that goal by sparking interest in shows. “(They) boost our audience numbers,” he says.

Among other efforts to fill those seats, theaters are offering meet-and-greets with cast members and interactive experiences.

“Anything that turns the evening into more than just going to the theater is appealing to people these days,” Willis says.

On Nov. 11-20, the Park Players of the Rosedale Park community, Detroit’s oldest community theater, will present “It’s A Wonderful Life: On The Air,” a radio show play set in the 1940s. On opening night, the theater is encouraging the audience to dress up in ’40s attire for a costume contest during intermission. The best dressed will receive a free ticket to the spring musical, “Sister Act.” The theater also will offer coffee and desserts from the era (think layer cake) before doors open. Instead of ushers, “radio station personnel,” will take guests to the “studio” to “make people feel like they are attending a radio broadcast,” says the group’s president-elect Archie Lynch.

The theater, established in 1953, is trying “immersive concepts” to attract audiences, Lynch says. His one rule: “Don’t get into a rut, and do the same thing every show.”

“As a theater group, you just keep trying things ... and come up with ideas that resonate with patrons,” he says.

The St. Dunstan’s Theatre in Bloomfield Hills has taken patrons on excursions outside the theater. In June, the theater organized a road rally in which participants drove around Oakland County searching for clues that led to the next destination. Publicity chairwoman Molly Dorset says the scavenger hunts and murder mystery events attract new theatergoers.

“(They) bring people to our theater that wouldn’t normally be coming to see a show,” she says.

The next road rally will be in the spring, but the theater is hosting an open house at 2-5 p.m. Sept. 25 to celebrate the new season and offer a sneak peek from its production of the musical “Dirty Rotten Scoundrels,” premiering Oct. 14.

Giving back to the community

“Instead of just opening up the box office, taking tickets and doing our shows, we want to be more inclusive,” says Laurie Kondek, marketing director of Barefoot Productions in Plymouth.

The nonprofit theater is one of several in Metro Detroit that’s giving back to the community this season.

Through Dec. 15, Barefoot Productions is hosting a clothing drive for the Ruth Ellis Center, a homeless shelter for LGBT youth in Detroit. The theater is also partnering with Northville’s Living & Learning Center and Livonia’s Personal Enrichment Program Center to train young adults with special needs to be theater ushers for “Junie B. Jones in Jingle Bells, Batman Smells” running Dec. 2-11. The young adults also will sell products they make at the theater’s artisan market Dec. 4 and 11. 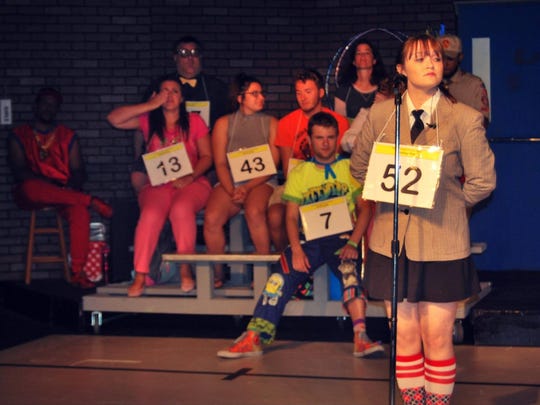 “We felt it’s really important to give back,” Kondek says. “We wanted to give these kids an opportunity to learn valuable job skills and provide a place where they feel welcome.”

Starting in October, the Detroit Repertory Theatre — celebrating its 60th anniversary with a black tie benefit Nov. 19 — is bringing back its acting workshop. The theater offered the free 10-week program, geared toward low-income adults, for 34 years until Detroit’s bankruptcy, when the theater lost funding.

Marketing director Leah Smith says the theater has found new funding and is looking forward to offering the classes again.

“The goal is to enrich and enhance these people’s lives as opposed to helping people who want to have careers in theater,” she says.

In December, the Farmington Players will host a toy drive to coincide its production of “The Best Christmas Pageant Ever.” To further get theatergoers “in the holiday spirit,” marketing director Tony Targan says they might have Christmas carolers in the lobby on opening night.

“There’s so much great theater in southeast Michigan now, both professional and community,” he says. “And people have so many different things vying for their attention that it is nice to do something that will help your show stand out a little bit.”

A touch of Detroit

Michigan-bred playwright Kenneth Jones brings his historical drama, “Alabama Story,” to Detroit as part of the national run of the play that premiered in January 2015.

The local production, being performed by the University of Detroit Mercy Theatre Company, is set in Montgomery, Alabama, during the civil rights movement and contains several Detroit references.

In the fact-inspired six-actor production, a gentle children’s book with an apparent hidden message stirs the passions of a segregationist state senator and a no-nonsense state librarian in 1959 just as the civil rights movement is flowering. According to the playbill, “Alabama Story” puts political foes, star-crossed childhood friends, and one feisty children’s author on the same page to conjure a Deep South of the imagination. This love letter to reading — a finalist in the 2014 Eugene O’Neill National Playwrights Conference and a 2016 nominee for the Steinberg/American Theatre Critics Association New Play Award — leaps from the pages of history, exploring censorship, civil rights and tests of character in times of change.

The other regional productions in 2016 will be in Wisconsin, Illinois and Cape Cod, Florida.