Hep C: Why doctors say all baby boomers should be tested

About 2.7 million Americans have the virus

Hep C: Why doctors say all baby boomers should be tested 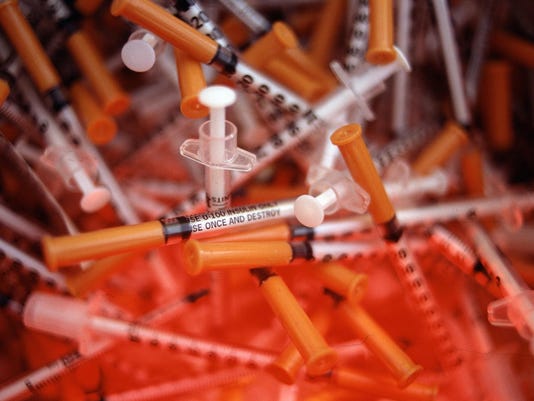 Although many people think of hepatitis C as the drug user’s disease, there are other ways to contract it.(Photo: Todd Panagopoulos / TNS)

Like many hepatitis C patients, Anthony Lo Russo, 64, lived with the virus for years before he knew he had it. Even after a routine blood test flagged it in 1995, he eschewed hep C drugs because of their side effects. “I felt fine, so I waited,” Lo Russo said.

After the 2013 introduction of kinder drugs, Lo Russo agreed to a standard 16-week treatment. Two weeks into it, he heard the word that’s music to hep C patients’ ears; his blood was “clear” of hep C. He was cured.

“I’m happy to be alive,” said Lo Russo, of Lake Worth, Florida. He bowls in three leagues, swims and chats with fellow patients on Facebook.

About 2.7 million Americans have hep C (or “hep C virus” or “HCV”), according to the U.S. Centers for Disease Control and Prevention. So high is the rate among baby boomers that doctors urge that everyone born between 1945 and 1965 be tested.

If you test positive for hep C, you learn your genotype (genetic strain), No. 1 being the most common in the U.S. Your genotype affects your ability to clear hep C without drugs and the effectiveness of the drugs.

About one-third of hep C victims rid themselves of the virus within six months without treatment. The remainder develop chronic hep C. Untreated, it can lead to cirrhosis (scarring of the liver) or liver cancer.

Hep C is more likely to become chronic if you have HIV or hep B (see box), are male, drink alcohol or are Native American or African-American.

People get hep C from infected blood, so injection-drug users who share needles are at high risk. Lo Russo assumes he got the virus while using heroin in the 1960s.

Also risky is getting a tattoo by an artist who doesn’t use clean needles or dips into ink he used for his last customer.

You’re not likely to get hep C by having sex with someone who has it, but you can get a trace of contaminated blood from a shared toothbrush, manicure scissors or a razor.

One of the best ways to catch hep C is to frequent hospitals and clinics, where the virus can linger on equipment for weeks. “That’s why people on dialysis have higher rates; they have an increased exposure,” explained Dr. Kris Kowdley, hep C researcher and hepatologist at Swedish Medical Center in Seattle.

Hep C also can transfer from mother to baby at birth, but it’s rare. It’s not transferred through breast milk.

If you received a blood transfusion before 1992, it may have infected you with hep C because that’s when blood banks started screening for it.

“It was also when we went from paid blood donors — more likely to be young people in high-risk lifestyles — to volunteer donors,” said Dr. Stuart Ray, a professor at Johns Hopkins School of Medicine in Baltimore.

Many victims — one in 10 hep C patients — never learn where they got the virus, however.

For example, Ronni Marks director of the New York City-based Hepatitis C Mentor & Support Group Inc. (hepatitiscmsg.org), figures she got hep C from a transfusion during one of her many childhood surgeries.

Also tending to mask origin is that fact that early hep C symptoms, such as fatigue or nausea, mimic other illnesses and may be dismissed as flu because they’re mild and intermittent. If your hep C advances, however, you may have dark urine, jaundice or fluid retention.

Diagnosis includes two blood tests: one for hep C antibodies and one for the virus. If you test positive for the antibodies (the body’s disease-fighting warriors), you have had the disease. Your body fought it and won — for now. You do not become immune to it.

You may be a candidate for hep C drugs, which took a giant step forward in 2013. Before that, the side effects were so debilitating that many patients, including Lo Russo, said no thanks. For Marks, they were “painful and horrific,” caused nerve damage and did not kill the virus.

The new concoctions, which include sofosbuvir and simeprevir, yield better results and are easier to endure.

“They just made me tired and irritable,” Lo Russo reported.

Today’s hep C meds are a godsend for most patients, but fail to help some patients with genotype 3 and people who also have chronic kidney disease, Kowdley said.

Unfortunately, the new drugs come with hefty price tags, up to $100,000 per person. It is not always covered by insurance or Medicaid.

“Every day, we hear from patients who are denied coverage because of insurers’ restrictions,” said Ivonne Perlaza Fuller, CEO of Hepatitis Foundation International (hepfi.org), based in Silver Spring, Maryland. “They’re told they’re not sick enough to qualify, they must pass alcohol screening or must be seen by certain specialists.”

Lo Russo qualified for free drugs from a manufacturer, but not everyone can take advantage of these “manufacturer-assistance programs.”

“Our goal is to put ourselves out of business,” said Ryan Clary from the National Viral Hepatitis Roundtable (nvhr.org), which helps patients find funds for hep C drugs while supporting pending legislation that will lift restrictions that bar some people from the drugs, such as those whose disease is not advanced enough.

Meanwhile, back at the lab, scientists are studying why some people’s immune systems fend off hep C.

“This will help us develop a hep C vaccine,” Ray said.

And, they are developing drugs that require shorter time frames.

Hindering fundraising for hep C research is the virus’s reputation as a “drug user’s disease.”

The first time she staffed the HEPFI hotline, Fuller fielded a call from a young woman hiding in her bedroom closet.

“She didn’t want anyone in her family or in her small town to know she had hep C,” she said. “We need to get past this stigma.”

“My crystal ball says we’ll still have hep C in 10 years,” Kowdley said. “But, drug prices are falling. Testing is more widespread. We do have a cure — for most patients. We’re making progress.”

Leslie Mann is a freelance reporter.

The ABCDEs of Hepatitis

Hep C gets more ink than its alphabetical cousins for good reason; it’s the most serious. Here are the others:

Hep A (infectious hepatitis) is spread by eating contaminated food or having sex with an infected person. Many people have been exposed to it and have become immune to it, but don’t know it. There is a hep A vaccine; the CDC recommends children take it at age 1.

Hep B (serum hepatitis) spreads through body fluids such as saliva, semen and blood. You can get it from unprotected sex, injected drug use or sharing a razor or toothbrush with an infected person. Children should get the hep B vaccine at birth and between 6 and 18 months, the CDC says.

Hep D piggybacks hep B. If you get B, you may get D, too. But the B vaccine protects you from D.

Hep E is transmitted by feces of infected people, so it is more prevalent in countries with contaminated water.