“It was important to us to uphold and celebrate the tradition of creating iconic American style for this moment,” the Lauren corporation said in a statement.

With her hair in a soft updo and wearing long, sky-blue suede gloves and matching stilettos, Mrs. Trump was greeted at the White House by President Barack Obama and first lady Michelle Obama, the latter in a deep red belted short-sleeved dress with black piping and a matching coat. 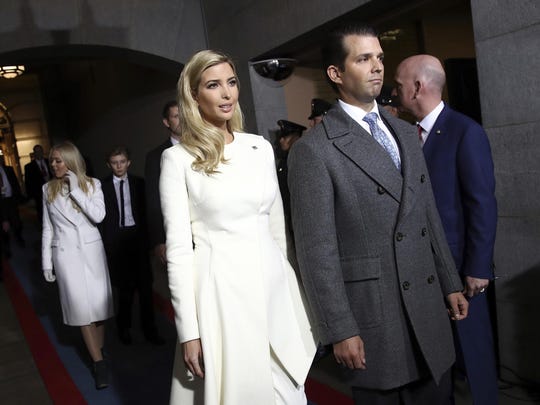 Trump’s oldest daughter, Ivanka, chose white Oscar de la Renta and wore a tiny American flag pin, and Hillary Clinton showed up in a white Ralph Lauren pantsuit that harkened back to one she wore to accept the Democratic nomination for president in July. Her overcoat matched the ensemble. Tiffany Trump also opted for white and wore a double-breasted coat.

Who else made a large fashion statement for Trump’s big day? His senior adviser, Kellyanne Conway, in a Gucci military-style wool coat of red, white and blue, with two rows of cat-head buttons and a red cloche hat. She described her look as “Trump revolutionary wear.” Others likened it to uniforms worn in “The Nutcracker” ballet. 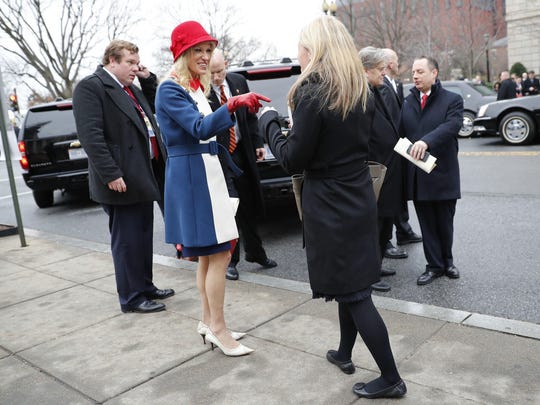 Mrs. Trump’s look, with its bolero-style jacket, prompted comparisons to a fashion icon of the past, former first lady Jacqueline Kennedy Onassis, who wore a powder-blue outfit with a matching pillbox hat to John F. Kennedy’s 1961 inauguration.

On Thursday, when inauguration events kicked off, Mrs. Trump shimmered in gold for the Candlelight Dinner in a long-sleeved beaded gown by Reem Acra. Ivanka Trump wore a white cap-sleeved de la Renta gown with a large black bow at the back.