The millennials raised on Tamagotchis are now present-wrapping parents themselves, and the U.S. toy industry is taking note

The millennials raised on Tamagotchis are now present-wrapping parents themselves, and the U.S. toy industry is taking note.

Whether it’s dolls that bloom like flowers when watered or matted rescue pups that shiver until they’re groomed, toymakers are betting that “pets” demanding hands-on care will be in high demand this holiday season.

Highlights of Toy Insider’s Hot 20 list, an industry publication’s best guess at which items will be the most coveted this season, include Rizmo by Japan’s Tomy Co., a creature from outer space billed as the first-ever “evolving” toy that can learn songs as it grows into an adult. The Scruff-a-Luvs My Real Rescue from Australia’s Moose Toys comes out of its packaging as a ball of fur that doesn’t transform from shelter-rescue pet to puppy or kitten until it’s been given some extra attention. 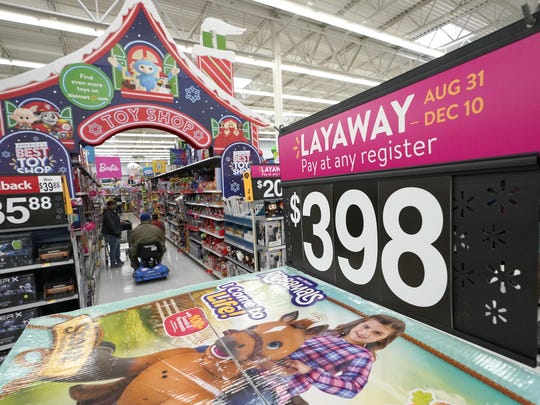 In this Friday, Nov. 9, 2018, photo toys are displayed at a Walmart Supercenter in Houston. The world's largest retailer delivered strong third-quarter results Thursday, Nov. 15, extending a streak of sales growth into its 11th straight quarter that showed it's pulling shoppers online and in the store. It also raised profit expectations for the year heading into the holiday shopping season. (Photo: David J. Phillip / AP)

“If your child wants a pet, you don’t ever have to buy real food or clean up any poop, because they can have an animal in every single category this year,” said Laurie Schacht, publisher of the Toy Insider.

Interactive toys aren’t a totally new phenomenon, especially for the millions of children that grew up in the 1990s and early 2000s with Furbies and Tamagotchis, the hand-held digital pet that owners raised from newly hatched egg to fully grown adult. But they’re becoming increasingly popular as parents try to find ways to steer overstimulated kids away from tablets and cellphones to other hands-on playthings.

Toys inspired by YouTube content creators also scored multiple spots on the list, led by the Ryan’s World Super Surprise Safe by Just Play. It’s based off the channel Ryan ToysReview, where nearly 22 million followers watch as the young star opens and reviews products. With the safe, kids can replicate the unwrapping experience by unlocking it and using a hammer to break open boxes filled with surprise items.

Other hot YouTube-inspired toys are the FGTeeV Giant Mystery TeeV by Bonkers and the Tic Tac Toy XOXO Friends by Blip Toys. Like the Mystery Safe, both products are banking on the appeal of the element of surprise, allowing kids to open a number of collectible mystery items.

In the wake of Google’s announcement that it will limit ads on kid’s videos available on YouTube, the number of creator-branded toys will likely grow to compensate for the loss of ad revenue the influencers had been raking in, Schacht said. “Ads are really where most of them have been making money,” she said. “Because these kids have so many followers, licensed products are probably going to be a big part of the direction the channels take.”