Struggling with isolation? Astronauts have been there, done that

Even though a lot goes on in space, diversions are crucial for tolerating isolation, as are schedules and structure to provide mental stimulation

Struggling with isolation? Astronauts have been there, done that 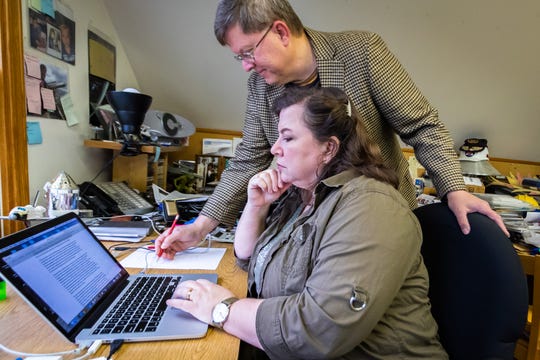 When astronauts from NASA were first isolated in space, from 1961 to 1963 in Project Mercury, they were away from Earth on flights lasting from Alan Shepard Jr.’s 15 minutes to L. Gordon Cooper Jr.’s 34 hours.

But as the country reached for the moon, Project Gemini began requiring a far more burdensome, considerably extended period of social isolation, at a considerable physical distance.

Doctors and scientists say the efforts more than half a century ago may provide lessons for living through today's pandemic, when the major remedy is staying home to stay safe.

“In Gemini, you have guys in pairs being sent out for weeks at a time. And it was stressful,” said Deana Weibel, a professor of anthropology, at Grand Valley State University, whose research focus includes space exploration. 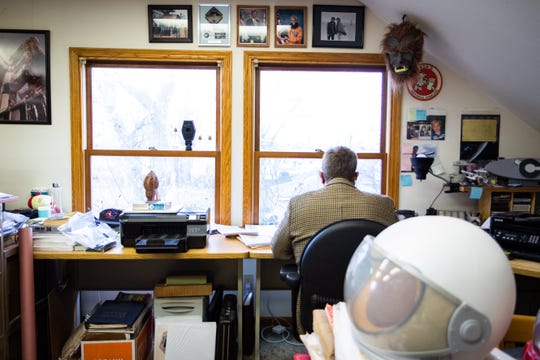 “One of the descriptions was that they were in a space about the size of the front seat of a VW Bug,” Weibel said.

“Very limited space, small couches, and you’re stuck like that for two weeks.

“So trying to get along with another person for that amount of time is probably better than being completely by yourself. But it is certainly something where by the time they landed, they were ready to get away from each other!” she said.

Weibel recently wrote a piece for The Space Review, a 17-year-old online publication, about social isolation in space. Among her conclusions: Even though a lot goes on in space, diversions are crucial for tolerating social isolation.

And communication with others outside the bubble is a godsend. Whether it is the folks at Mission Control, the president of the United States or members of the family, who could sometimes pipe in. Especially during the flights later, in Project Apollo, hearing from others outside of the bubble helped astronauts maintain proper frames of mind. 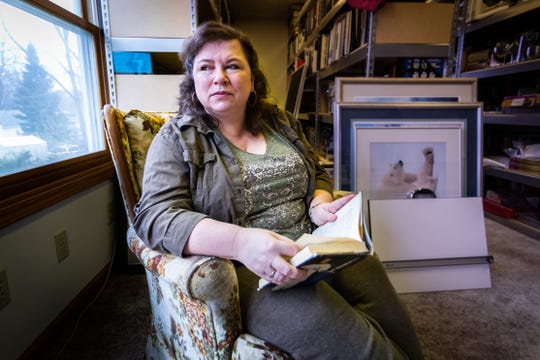 Deana Weibel pauses to gaze out the window while reading in her home office in Grand Rapids. Dr. Weibel, a professor of anthropology at Grand Valley State University, conducts on space exploration, applying practical lessons learned from astronauts in isolation. (Photo: Chris duMond, Special to the Detroit News)

“Al Worden, who is from Michigan, and who died just March 18, has the Guinness Book of World Records record for being the most isolated human being that’s ever existed,” Weibel said.

Worden, an astronaut and engineer born in Jackson who attended the University of Michigan, spent three days alone in the command module during the Apollo 15 mission in 1971, becoming the most socially distanced person, in history.

“When he was orbiting the moon, and David Scott and Jim Irving were on the surface of the moon, (he was) farther than anyone on Earth could possibly be from any other human on Earth,” she explained.

“And when he talks about it in his memoir, he dealt with it mostly just by staying really, really busy. They had an extremely rigid schedule that he was supposed to follow.

“He actually enjoyed the isolation, a bit, after being involved with the other guys for a while,” Weibel said.

A.W. “Tony” England, dean of the College of Engineering and Computer Science at the University of Michigan-Dearborn, is a former astronaut who served as mission scientist for Apollo 13 and 16 and space station program scientist from 1986 to 1987. 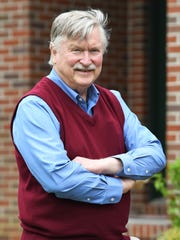 A.W. (Tony) England, Dean of College of Engineering and Computer Science at University of Michigan, Dearborn, in front of his Ypsilanti home, Friday, May 15, 2020, The former astronaut talks about lessons learned from social isolation in space.  (Photo: Clarence Tabb Jr., The Detroit News)

“What NASA did for the early scientist astronauts, seven us of which eventually flew in something, the way they approached us is that they had found in the military that establishing common experiences and understanding how teams have to work under pressure convinced them that the thing to do for us was to give us the same experiences,” he said.

“A submarine crew is out for months without contact outside of the submarine. In the old sailing ships, the whalers were gone for years, mostly at sea,” he said. “So there is a long history of people working in a strange environment, without access to family or access to normal recreation.”

While he had an eight-day space flight, England said, he also was in Antarctica with field teams, twice, for two-and-a-half months and only shortwave radio communication, “without seeing so much as a contrail.”

Unlike the coronavirus, which appeared suddenly and relentlessly for many people, without seeking volunteers, exploration — and the accompanying isolation — is often the fondest desire of those exploring.

Unlike COVID-19, astronauts and other explorers want to be where they are, and have trained.

“I guess my experience would say that people who would accept the challenge as something they really want to invest themselves in, really don’t have that much of a problem in extended living situations where it’s not normal life,” England said, of his varied experiences.

“The other thing that is really important in a situation like that is an understanding and an acceptance of your responsibilities,” he said.

Being isolated in close quarters with a unit of people places a premium on everyone knowing their roles and fulfilling them, in a spirit of teamwork.

“It was interesting. On our flight, the commander, Gordie Fullerton had been a test pilot of heavy airplanes, and so he was used to working with large crews,” England said. “It made it a delightful experience for us.

“Some of the commanders, who were from fighters or single-pilot airplanes, didn’t adjust to the idea of working with a crew. And their crews have come back down, you know, not really close friends.”

The astronauts' experiences, and the information culled from them, are of significant interest to doctors, especially at the Space Medicine Innovations Laboratory at the Geisel School of Medicine, at Dartmouth College in New Hampshire.

In the lab, doctors and scientist research behavioral approaches for people in confined spaces, to devise strategies for handling stress, depression and conflict that can come from confinement, not unlike those associated with a pandemic.

Especially pertinent in the time of coronavirus, the Dartmouth PATH Program provides a series of self-help tools designed for astronauts coping with confinement in small spaces for extended periods.

“Our work is focused on providing people with self-directed, anonymous tools that they can use, in the moment, to help them with these kinds of things,” said Dr. Jay Buckey, a professor of medicine at Dartmouth, director of the Space Medicine Innovations Lab, and a former astronaut.

“So they’re online. It’s at path.dartmouth.edu, and it’s a research project, so you have to sign a consent form.”

Mobile devices are not currently supported.

The program highlights coping with stress, depression and conflict in isolation and confinement.

“These are self-help tools,” said Buckey, a former astronaut. “The individual is doing the work. The tools offer practical things that people can do in any environment.”

Buckey flew aboard the space shuttle Columbia in 1998. He and research colleagues at Dartmouth, Harvard and UCLA developed the tools over more than decade. 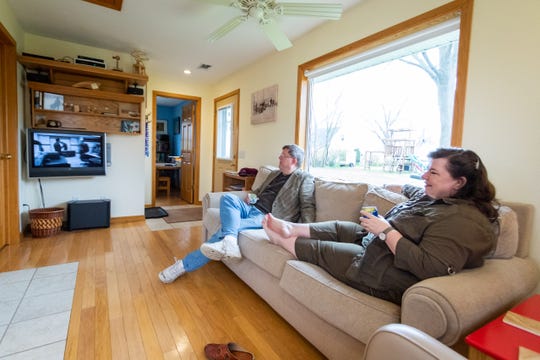 “In the conflict area, it gives you some different ways to think about conflict,” he explained.

“Why is when you say something, people responded in a totally different way than you expected? You think you’re saying something really innocuous, and it gets a big response. It helps you understand, sometimes, what is going on there,” Buckey said.

“It also gives you some tips on being a good negotiator that keeps the relationship in mind. For a lot of us, now, being in isolation, where we're close to family and friends and roommates, people who we probably want to maintain or relationships with. But, we still got to negotiate things; we’re going to have some disagreements.

“So the inter-space negotiation is kind of a skill on how to do that better,” he said.

Glen Swanson, a former chief historian at the Johnson Space Center in Houston and a former physics instructor at Grand Valley State University, said the significant difference between space exploration and life in a time of pandemic is that NASA missions come with an end date.

“The crew members, they have a flight plan,” said Swanson, Weibel’s husband. “There is great comfort in knowing when this is going to be over.

“I know when I’m going to come back, I’m going to see my family and friends. I am prepared for this three-month, six-month stay, or whatever the duration, ahead of time.

“When I signed up for this gig in advance, I knew what was going to happen.”

“And uncertainty is something that NASA tries to avoid."