Shewolf features pastas made with house-milled flour as well as unique dishes accompanied by a superior wine list. 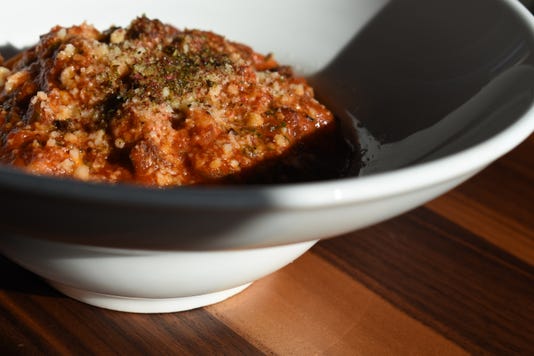 On  the first floor of a small building on Selden just west of Cass, it’s gotten a lot of attention already, not just for its name, which harks back to the origins of Rome, but with the impressive resume of chef/proprietor Anthony Lombardo, who did his research at the source in Italy.

Another Italian restaurant, you might ask? For one thing,  this one offers an array of pastas made with house-milled flour, and in addition, such locally unfamiliar dishes as roasted Mediterranean sea bass presented head and all, accompanied by a superior wine list that is predominately Italian and includes numerous champagnes, even in magnums. I can only conclude that Shewolf is expecting many celebrations.

The setting is contemporary and inviting, centered around an open kitchen that stretches across the back wall, with windows looking out on the covered patio and street scene in front. It was designed by Ron Rea. 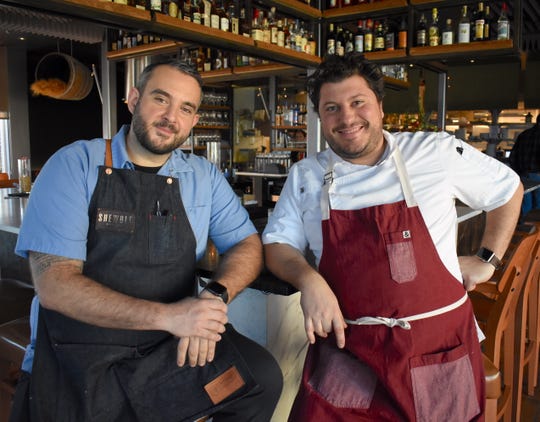 The menu is a la carte, but designed to encourage the ordering of three courses: appetizer, pasta and entrée and all are listed in Italian with English descriptions. The only exception to that rule is the soup. It’s currently Italian Divorce Soup, a spicy take-off on Italian Wedding Soup, pork meatballs and egg in broth.

Pasta servings are portioned to be side dishes rather than mains. They include a delicious Amatriciana with tomatoes and cured pork jowl, and it was my favorite of two pasta dishes sampled. The other was caio e pepe, literally pecorino cheese and pepper, classically simple and satisfying. The freshly made durum and egg pasta has more heft than dried pasta.

Entrees of lamb ribs and grilled scallops were not as impressive as the whole roasted sea bass, tender and flaky and easily pulled from the bone.

Service is very knowledgeable and helpful and shows the extensive training the staff received before Lombardo unveiled the restaurant a few months ago.

Shewolf is a very professional production.