When Dave Kwiatkowski and Marc Djozlija opened Wright and Company in 2014, they just might have been the force that triggered the restaurant wave that has swept through downtown Detroit ever since. 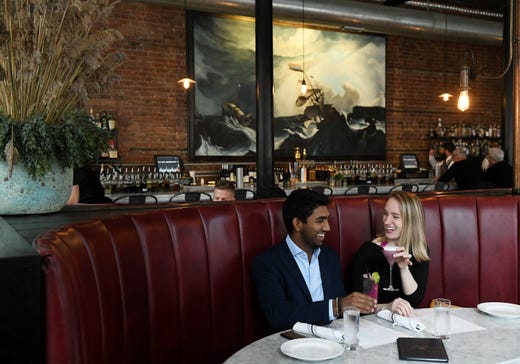 Sweethearts Julia Dart and Shiv Ganganithi cheers each other celebrating six years of being together with a special evening at Wright & Compnay in Detroit on Oct 11, 2018. Robin Buckson, The Detroit News
Fullscreen 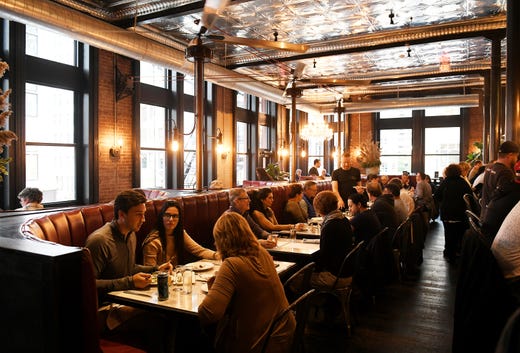 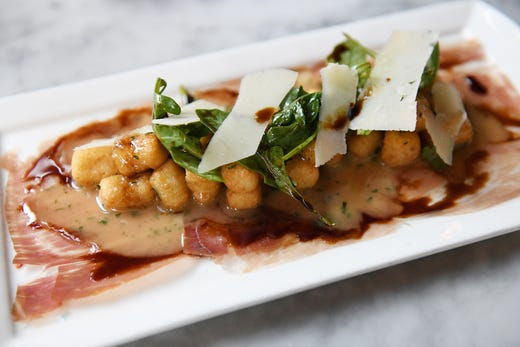 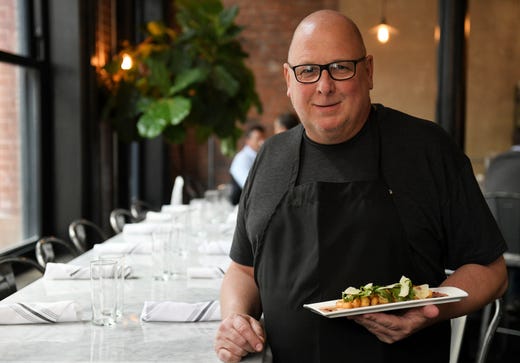 Chef and partner Marc Djozlija with the Parisian gnocchi with parma prosciutto, arugula, shaved Parmesan and saba. The second floor spot in the historic 1891 building was named for Wright Kay, the jewelry store that was the building’s main tenant for more than 50 years Robin Buckson, The Detroit News
Fullscreen 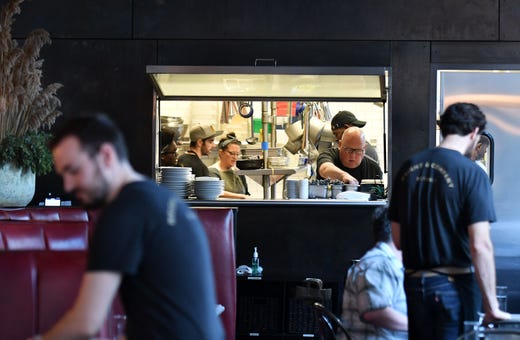 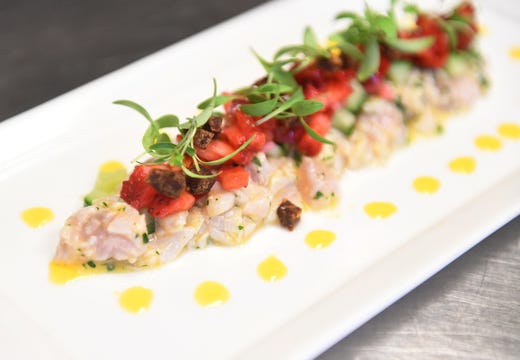 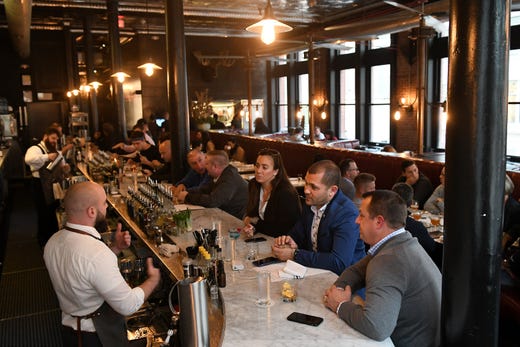 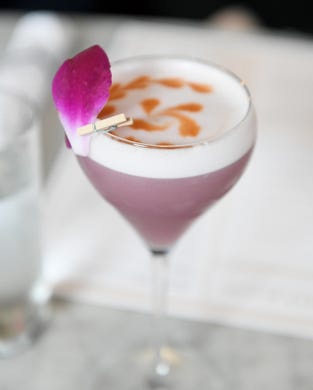 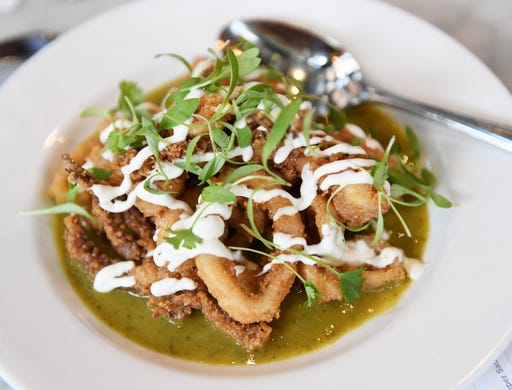 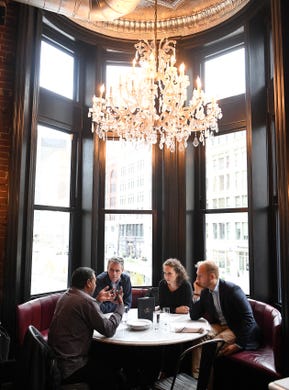 From left, Srikant Inampudi of Bloomfield Hills, Michael Brennan of Northville and Taylor and Jarred Davis of Detroit. The restaurant's  setting is both vintage and contemporary. Robin Buckson, The Detroit News
Fullscreen 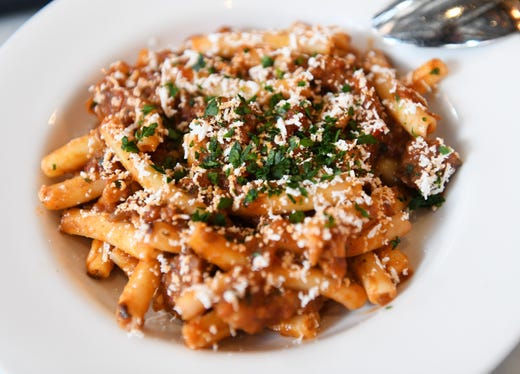 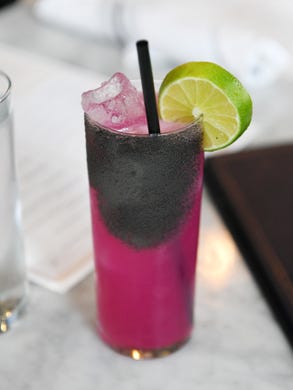 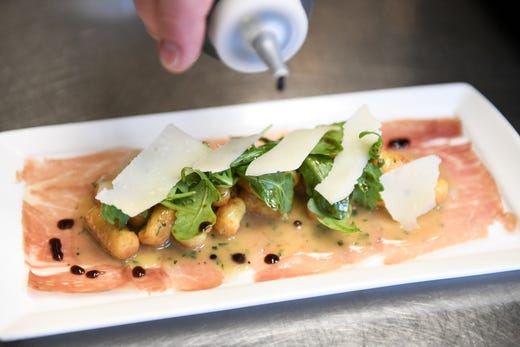 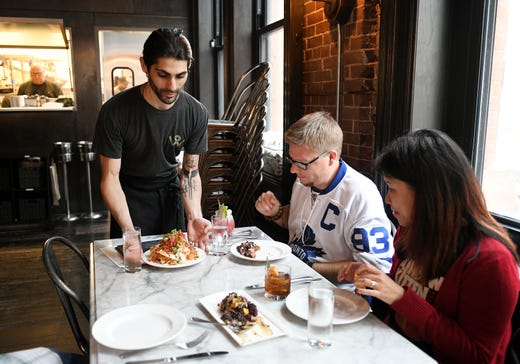 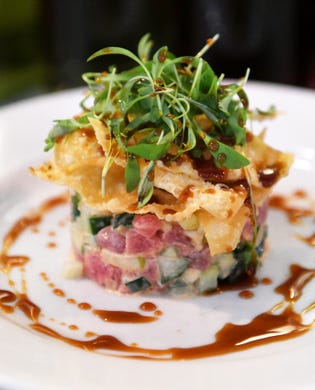 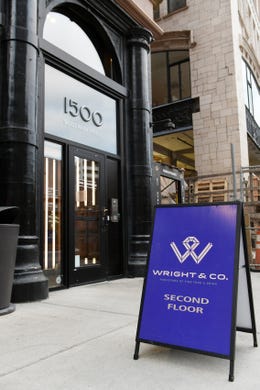 The entrance to Wright & Company is on John R. Street. Robin Buckson, The Detroit News
Fullscreen 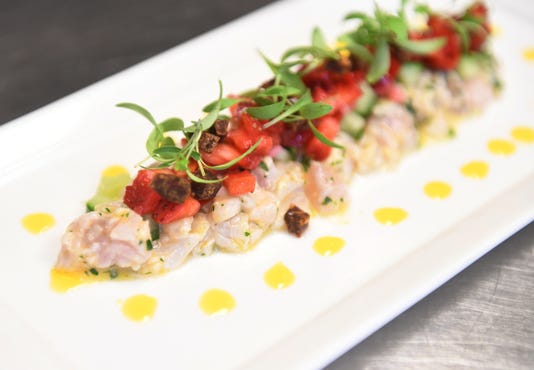 When Dave Kwiatkowski and Marc Djozlija opened Wright & Company in 2014, they just might have been the force that triggered the restaurant wave that has swept through downtown Detroit ever since.

The second floor spot in the historic 1891 building was named for Wright Kay, the jewelry store that was the building’s main tenant for more than 50 years, and it’s apropos. I called it a gem when I first reviewed it four years ago.

A recent visit backed up that original impression, despite a small menu that will surprise some people. It lists just 18 items, all small plates meant to be shared by two or three, and three desserts. Our party of three found that four of the small plates were plenty for all of us, starting with house-made potato chips dolloped with white cheddar, tomato relish and a small amount of crisp bacon.

We followed that with seared scallops seasoned with saffron aioli, red pepper puree and a dash of chorizo which added just enough spiciness to the dish.

The favorite turned out to be a pasta dish, spaccatelli with a harmonious combination of pork sausage, braised chicken and smoked tomato sauce. Each of the three dishes was a complete production, almost as if it were an entrée, rather than a traditional small plate. Our least favorite was Northern bean soup that was much too thick and not very appealing.

The menu changes frequently, sometimes  just tweaked with a different sauce or treatment. That’s true of such perennially popular items as scallops, dressed-up potato chips and the obligatory shrimp and calamari.

Among other current choices are sauteed pork medallions, crab cakes with mustard sauce and, at the top of the price scale, beef tenderloin with trumpet mushrooms, cauliflower puree and porcini butter  ($25).

The setting is both vintage and contemporary, with uncovered windows, and seating at both burgundy leather banquettes and tables, as well as at the white marble-topped bar that extends almost the full length of the space. For anyone who likes to be able to get a full view of the place, seats at the bar near the windows overlooking Woodward Avenue are prime.

The two proprietors share the duties, with Djozlija the chef and Kwiatkowski the cocktail director. It’s a combination that works well, and the professional and well-informed staff reflects the expertise.

Because of construction in the area, there is no valet parking, something that will be remedied later. And Wright & Company takes reservations only for very large parties.

Parking: Nearby lots and street