A staple sauce in Thai cooking, it adds complexity and depth to dishes 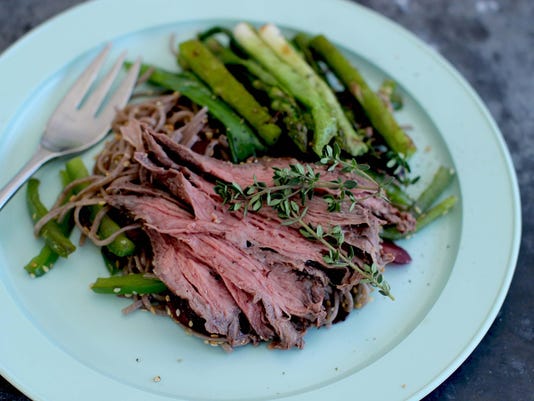 I’m pretty sure that if I let you sniff some fish sauce, it would be pretty hard to convince you to cook with it. No, the potent, nigh-on acrid scent is not this beloved sauce’s most seductive asset.

And funnily enough, it’s not even its flavor (at least not on its own) that would win you over. It’s what happens when you dribble a little fish sauce into stir-fries, curries, marinades, even salad dressings. Suddenly, your dish takes on a depth of flavor you hadn’t previously detected, a complexity that you can’t quite put your finger on, a strong punch of meatiness without tasting meaty.

And that pungent aroma? You won’t be able to detect it. But you won’t want to go without this precious bottle of fish sauce again.

It’s a rather ego-less ingredient in that way; fish sauce is not at its best on its own. But my, what a team player. And it’s that ability, to transform its fellow cohabitants into something better than they were before, that has won the hearts of cooks throughout Southeast Asia, from Thailand and Vietnam to Indonesia.

It’s incredible what just two ingredients, anchovies and salt — the building blocks of fish sauce — can transform into when left to their own devices for a few months. Indeed, this kind of fish sauce is actually related to modern-day Worcestershire sauce, which also is a fermented anchovy-based sauce.

Use it as you would soy sauce, to amp up the umami-ness of whatever you happen to be whipping up for dinner. Just one hint: Balance out all that saltiness with just a dash of brown sugar and a good squeeze of lime juice, as I do in my Vietnamese-style skirt steak. You don’t have to make an Asian-style marinade, either. I’ve made a great one using fish sauce, balsamic vinegar, honey and garlic.

Food Network star Aarti Sequeira is the author of “Aarti Paarti: An American Kitchen with an Indian Soul.”

In a large zip-close plastic bag, mix together the fish sauce, lime juice, garlic, ginger and brown sugar. Taste for seasoning, adding more sugar or lime juice if the marinade is too salty. Place the skirt steak in the marinade, making sure it’s well covered. Seal the bag and set aside on the counter for 30 minutes.

Toss the asparagus and scallions with a little sunflower oil, salt and pepper. Set aside. After 30 minutes, remove the steak from the marinade and place on a paper towel-lined plate to remove excess marinade.

Using an oil-soaked paper towel held with tongs, oil the grill grates. Set the steak on the grill and cook for 3 minutes, depending on the thickness of the meat, until a good charred crust develops on the underside. Flip and cook for another 2 minutes, or until a meat thermometer inserted into the thickest part of the meat registers 125 degrees Transfer the steak to a warm plate, tent lightly with foil and allow to rest 5 to 10 minutes.

Slice the steak across the grain and serve over the grilled vegetables, with a fresh squeeze of lime juice, if desired. Serves 4.