Solutions: Ideas to make your Fourth of July a blast

It’s time to get your grill on for the upcoming Fourth of July celebrations and beyond.

Solutions: Ideas to make your Fourth of July a blast

It’s time to get your grill on for the upcoming Fourth of July celebrations and beyond. To get the party started, Chef Keri Winne, director of kitchen and bakery for Western Market in downtown Ferndale shares some creative party tips.

First, she suggests trying a new cut of meat or fooling your friends with an Impossible Burger, a plant-based option that contains heme, wheat, coconut and potatoes.

These work well for the vegetarians in the crowd and those unsuspecting meat eaters.

Winne likes to pair the Impossible Burger with a side of grilled carrots. There’s also the Beyond Burger that has no gluten or wheat.

Recipes are available at Western Market, known for its selection of fresh, local and organic fruits and vegetables, a custom butcher shop and vegan and vegetarian-friendly items that make great ingredients for a summer barbecue. 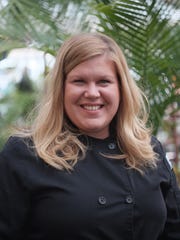 For meat devotees who’d like to try something new, Winne recommends tri-tip, a versatile cut of sirloin that’s affordable and easy to cook. Kebabs can be assembled with an assortment of beef, chicken and vegetables, marinated and seasoned to your liking. Just be sure to soak the wooden skewers completely in the marinade to prevent them from burning, she says.

You might also grill another type of food, such as bread. “There is something about grilling naan that adds to its flavor,” says Winne. “When you eat bread cold that has already been prepared there can be that artificial or preservative taste. Grilling it takes all of that away and transforms it.”

Grilled naan can accompany sauces and dips and it works well for desserts, pizza, tacos, wraps and more.

Another crowd-pleaser is grilled fruit. Winne likes to core whole pineapples and cut them into chunks before grilling. To make a Drunken Pineapple, the fresh-cut fruit is soaked in rum, cinnamon and sugar, then grilled and topped with a caramel sauce and whipped cream.

Then, there are always the classics, like corn on the cob that can be prepared with a twist. “Elote is so popular right now, and you can have some fun with it,” says Winne about the Mexican grilled corn dish. “Grilling corn while it’s in season is delicious and simple. But adding an herbed compound butter and cheese will make it impossible to pass up.”

Cooking on Himalayan salt blocks is another trend. “On the grill, you slowly heat up the block and it sears the food and seasons it and it’s really easy to clean as well,” she says.

When cooking with proteins or meats, Winne recommends fattier cuts or those with the bone in to help keep food moist and full of flavor.

For vegans, vegetarians or those who are more health conscious or have dietary restrictions, she suggests jackfruit that can take on the look and taste of pulled pork.

Lastly, if you don’t have a grill, Winne says you can still get in on the action with a cast iron griddle plate that you place on your range for those authentic sear marks.

For information, go to westernmkt.com.

Jeanine Matlow is a Metro Detroit interior decorator turned freelance writer specializing in stories about interior design. You can reach her at jeaninematlow@earthlink.net.