Organic gardening: All about tree pruning

Strategic and occasionally significant pruning is the tough love that some trees need. For fruit trees especially, regular pruning can be critical.

Organic gardening: All about tree pruning 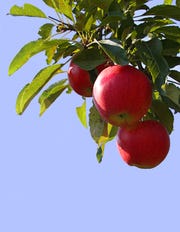 Apple trees will be thrive with the right pruning. (Photo: iStock)

Tree pruning can intimidate gardeners who instinctually want to nurture and grow things, not cut them down. But strategic and occasionally significant pruning is the tough love that some trees need. For fruit trees especially, regular pruning can be critical. And later winter is usually the best time to get this done because certain diseases are dormant and the absence of leaves on deciduous trees makes it easier of the gardener to see what she’s doing.

Pruning can help direct branches away from power lines and other obstacles, create a more pleasing shape or – in the case of fruit trees – encourage the plant to produce in a way where branches aren’t overloaded and fruit is easier to harvest. And, it’s best to make these corrections when your trees are young and the work can be done with a pruner and handsaw. Otherwise, professionals might need to be called in to do chainsaw work.

For the home gardener, most cuts can be made with a bypass-pruner and a sharp pruning saw. It’s important to use a pruner where the blades slide past one another – like the classic Felco models – in order to make a clean cut. Sharpening these with a hand-held diamond hone every so often is a good idea as is cleaning them in rubbing alcohol before use.

In terms of deciding what to cut, it depends somewhat on whether one is pruning for aesthetics or production, but some basic rules apply to both. First, cut off any dead branches or water sprouts, these are vigorous, young branches that grow straight up. Also, remove suckers coming up from the base of the trunk. When pruning back to a branch, make cuts just outside the branch-collar. This is the point where a smaller branch leaves a larger one and is often indicated by change in the texture of the bark. However, it’s also important not to leave a large stub that can become a channel for rot or infection. When not pruning back to a branch, cut back to just above a bud.

Next, remove crossing branches. These are both aesthetically displeasing and also create a cluster of growth in fruit trees that encourages disease and makes it difficult to harvest. This same logic can be used to thin out the smallest branches. Thinning branches on fruit trees helps keep the load on each branch at a manageable level and can improve quality. Note that some trees – like apples and pears – have stubby branches called “fruit spurs” that produce flowers and fruit, growers generally want to keep these.

Getting rid of crossing branches on ornamentals can help create a more refined architecture. How much to remove is at the discretion of the pruner, but bear in mind that it’s generally not recommended to remove more than 25 percent of a tree’s branches in a given year.

Branches growing downward or toward the center of the tree are good candidates for removal as well. And if two shoots are growing parallel to one another, cut off the one that seems the least vigorous.

Of course, different trees have different habits. Pears, for example, have more upright branches while those of dogwoods tend to grow mostly parallel to the ground. Keep the tree’s natural growth habit in mind when pruning. However, for fruit trees, the best branching angles are those around 2 or 10 o’clock. These are better able to hold fruit without breaking off.

Lanky trees or branches can be improved by cutting back to a smaller branch that is growing in the desired direction. This practice is sometimes used on fruit trees and is referred to as “heading back”. It can help create stronger branches and more fruitful trees. Avoid “topping”, i.e. making a flat cut at the top a tree without establishing a new “leader” or terminal branch. This can create cluster of undesirable branches.

In most cases, trees should have a “central leader” or through-line that goes from the base of the trunk to the top. Removing “double-leaders” that compete with the main branch helps establish and maintain this structure. However, certain fruit trees like peaches and plums are maintained in an “open vase” style to facilitate airflow and reduce rot. This essentially means removing the central leader and allowing for a handful of branches to form a bowl like arrangement around the center.

Some ornamental trees – especially those that are often grown as “clumps” like serviceberries and redbuds, won’t have central leaders either because there are multiple trunks. But the same rules of eliminating crossing branches and double-leaders ones can be applied to create a less cluttered appearance.

Regardless of the tree type, the overall impression­ the pruner is looking for is a sense of balance without too many branches on one side or too much growth clustered together. It may take several years to achieve this look. But the solution is always to start sooner rather than later. Mistakes can often be corrected – even with trees – new branches grow and the gardener learns in the process.

Brian Allnutt is a freelance writer and organic gardener in Metro Detroit. You can reach him at brian.allnutt@gmail.com.