4 Michigan Zika cases tied to trips out of state

In total, there have been 544 travel-associated cases in the United States but no locally acquired infections

4 Michigan Zika cases tied to trips out of state 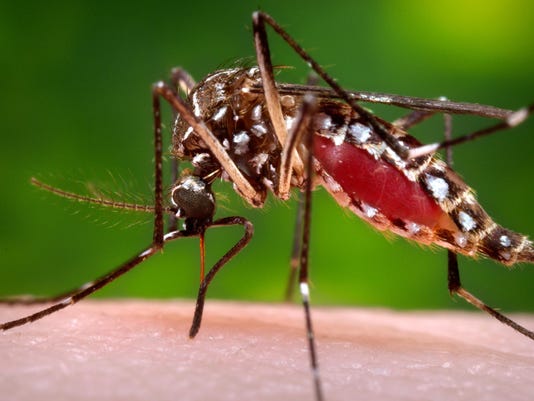 Four people in Michigan have tested positive for the Zika virus, according to a Center for Disease Control report.(Photo: James Gathany / Associated Press)

Four people in Michigan have tested positive for the Zika virus, according to a Centers for Disease Control and Prevention report.

But none involve pregnant women, the Michigan Department of Health and Human Services says.

The laboratory-confirmed cases involve individuals who traveled to areas where Zika is prevalent, or those who had sexual contact with someone who had traveled, according to the CDC report.

Zika in pregnant women can cause brain abnormalities for newborns, including a birth defect called microcephaly.

Individual case information for the Michigan residents was not available from the state Friday, however, local health officials said none of the cases involved Wayne, Oakland or Macomb county residents.

The data reflects cases reported to ArboNET — a national database of arboviral infections — as of Wednesday, officials said. In total, there have been 544 travel-associated cases in the United States but no locally acquired infections. New York has the most reported American cases at 114, followed by Florida at 109.

In Metro Detroit, public health officials are working to keep residents informed about the virus, which is commonly spread to humans through a bite from an infected tropical mosquito called Aedes aegypti. The virus, found in tropical and sub-tropical climates, was first identified nearly 70 years ago in Uganda.

“The thing we focus on is prevention, and if you’ve been exposed, monitoring for signs of the infection,” said Dr. Christopher Carpenter, chief of infectious disease for Beaumont Royal Oak.

About 20 percent of people who contract the virus will get sick, Carpenter said. Symptoms are mild and include red eyes, fever, joint pain and rash. Anyone traveling to areas with active Zika virus transmission should wear mosquito repellent, he said.

Experts think mosquitoes on the U.S. mainland will probably start spreading the virus in the months ahead, when hot weather hits and mosquito populations boom.

In Oakland County, its health division launched an awareness campaign earlier this year.

“We intend to do another big push in the summer months,” said Kathy Forzley, Oakland County Health Division’s manager and health officer. Forzley added that pregnant women should postpone traveling to areas where the Zika virus is present. This includes travel to Brazil for the Summer Olympics.

The Aedes aegypti, which is more likely to spread viruses like Zika than other types of mosquitoes, is not native to Michigan but is present in the United States.

“The question is our climate and environment going to be compatible for the broad spread of Zika virus should it get introduced in continental United States,” Carpenter said.