Two-wave U.S. flu season is now the longest in a decade

Two-wave U.S. flu season is now the longest in a decade 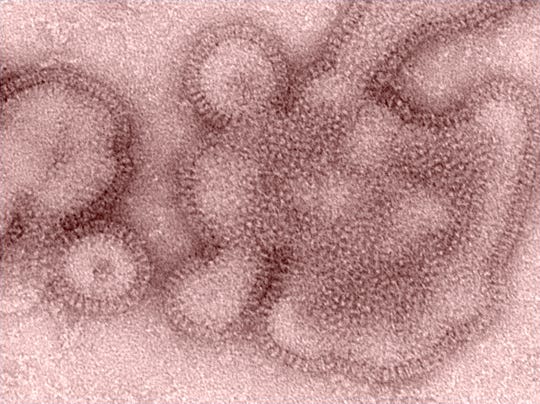 Three months ago, this flu season was shaping up to be short and mild in the U.S. But a surprising second viral wave has made it the longest in 10 years.

But it looks to be tapering, at least in Michigan, with the state Health and Human Services Department declining the level of influenza activity from widespread to regional in Michigan, according to a report released Friday. Cases peaked in late March and early April.

"What is being called the ‘second wave’ is more typical of what our usual peak looks like, although it is somewhat later than usual," said Lynn Sutfin, public information officer for Michigan's health department, in an email.

This flu season has been officially going for 21 weeks, according to reports collected through last week and released Friday by the Centers for Disease Control and Prevention. That makes it among the longest seen since the government started tracking flu season duration more than 20 years ago.

Some experts likened the unusual double waves to having two different flu seasons compressed, back-to-back, into one.

“I don’t remember a season like this,” said Dr. Arnold Monto, a University of Michigan researcher who had been studying respiratory illnesses for more than 50 years.

Flu can cause a miserable, relatively mild illness in many people and a more severe illness in others. Young children and the elderly are at greatest risk from flu and its complications. Flu vaccinations are recommended annually for all but the very young.

The current season began the week of Thanksgiving, a typical start time. At the beginning, most illnesses were caused by a flu strain that tends not to cause as many hospitalizations and which is more easily controlled by vaccines.

But in mid-February, a nastier strain started causing more illnesses and driving up hospitalizations.

Mike Nickerson was one of the unlikely ones to catch the bug. The 75-year-old Macomb Township resident, who had received a flu shot, was hospitalized for five days at Beaumont Hospital in Troy after his temperature spiked to 102 degrees in late March.

"I've been out for about just over two and a half weeks, and I'm just starting to feel a little bit of energy again," he said. Nickerson had trouble breathing, muscle weakness, aches and challenges walking more than 30 feet. "It just took everything right out of me. I don't wish it on anybody."

Dr. Russell Faust, medical director for the Oakland County Health Division, called this year's bout "horrendous," with 3,527 cases as of Friday in the county, including six adult deaths. One child has died in the state. There have been 168 hospitalizations reported in Oakland County lasting one to 106 days, though the average is about 7 days.

"Get your flu shot, wash your hands often and stop touching your eyes, nose and mouth," Faust said. "Stay home when you’re sick. This is a nasty one."

Not helping matters: The harsher bug is not well-matched to the vaccine, said the CDC’s Lynnette Brammer, who oversees flu tracking.

Still, this flu season is not nearly as bad as last winter’s 19-week season, the deadliest in at least four decades. An estimated 80,000 Americans died of flu and its complications last season.

More good news: Brammer said that although the virus is notoriously unpredictable, signs suggest this flu season should be over soon.

“It’s on the verge” of being over, she said. “If nothing changes.”