News@noon: 'Just Do It' on Woodward, pizza with a badge

Former Rep. Todd Courser and Cindy Gamrat are once again in the hot seat

News@noon: 'Just Do It' on Woodward, pizza with a badge 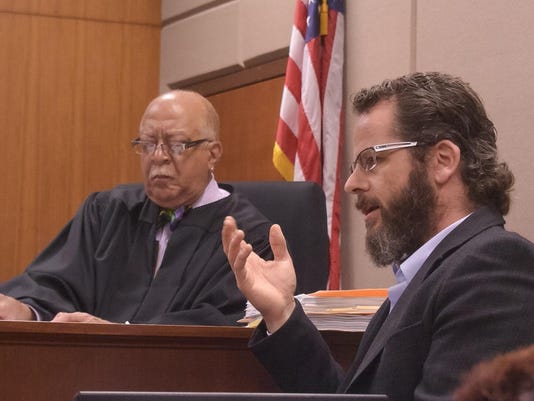 Today is Wednesday, May 25, 2016, and former Rep. Todd Courser and Cindy Gamrat are once again the center of attention in Michigan politics. A Michigan State Police detective questioned the merits of a criminal investigation against the two, calling it a “waste of time” during an interview with House Speaker Kevin Cotter, according to an audio recording obtained by The Detroit News.

The audio recording is part of a voluminous record of evidence amassed in an investigation that resulted in felony misconduct in office charges against Courser and Gamrat. Some of that evidence will play out in a Lansing courtroom beginning Wednesday as Ingham County District Court Judge Hugh Clarke considers whether the former lawmakers should stand trial for misconduct in office surrounding their extramarital affair.

Do you agree with the detective? Is the investigation a waste of time, or should they be held responsible for using taxpayer resources to cover up their affair?

"Just Do It" on Woodward

Grand Prix down the road

Pizza with a badge