Oakland University marked its 100,000 graduate during its winter commencement ceremony. 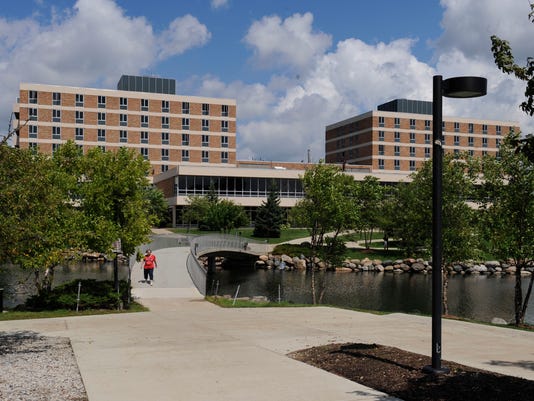 Rochester Hills — A Detroit-area college that began as an extension of Michigan State University and once was what an administrator called “a no-name school” has surpassed 100,000 graduates.

The Oakland Press reports Friday that Oakland University marked its 100,000 graduate this month during its winter commencement ceremony. It corresponds with expanding enrollment and construction across its 1,400-acre campus in Auburn Hills and Rochester Hills.

The school that opened in 1957 has about 20,000 students and recent additions include a new engineering building, medical school, more student housing and carillon clock tower.

Jean Ann Miller says Oakland retains its “small school feeling” despite the rising profile. The Center for Student Activities and Leadership Development director adds there’s a growing pride among graduates as they realize “it’s not a no-name school anymore.”