Starting this April, eighth graders will take the College Board's PSAT 8/9 instead of the Michigan Student Test of Educational Progress (M-STEP) in math and English Language Arts.

Changes in state testing are coming for Michigan students this spring when eighth-graders forgo the M-STEP in two subjects for a test that state officials say is more aligned to the college entrance exam.

Starting this April, eighth graders will take the College Board's PSAT 8/9 instead of the Michigan Student Test of Educational Progress in math and English Language Arts.

The PSAT is a practice version of the SAT test that students take in 11th grade as part of the college admission process. Both eighth- and ninth-graders take the PSAT 8/9.

The College Board, which administers the test, says the PSAT 8/9 will help educators and students figure out what students need to work on in the skills that are considered essential for success in high school, college and a career.

Schools have been preparing for this shift for two years after the Legislature required Michigan’s eighth-grade math and ELA assessment use a test aligned to the college entrance exam, MDE spokesman Bill DiSessa said.

"The state is confident that the PSAT 8/9 is aligned to a range of Michigan’s rigorous standards, and that it will provide parents and educators with data that depicts a student’s trajectory toward career and college," DiSessa said.

"The PSAT is a valuable tool that can set a starting point to begin progressing toward success on the SAT."

The standardized, timed assessment is about two hours and 35 minutes with breaks and is given only on paper and with pencil. Students are not timed on the M-STEP and use a combination of paper and online materials for the test.

According to the College Board, the test consists of one 55-minute reading test, one 30-minute writing and language test, one 20-minute no-calculator math test, and one 40-minute math test with a calculator.

Math questions will be multiple choice, but some called "grid-ins" ask students to come up with the answer rather than select one. The math test is divided into two portions, one for which a calculator is allowed and another for which it is not.

While the PSAT is a test that will help educators and students figure out what students need to work on most in skills considered essential, the M-STEP measures proficiency and is designed to gauge how well students are mastering state standards.

In 2017-18, 1.5 million students nationwide took the PSAT 8/9, according to the College Board, which is an increase of 20 percent from the year before. More than 7.8 million students took the SAT or a PSAT-related assessment in the 2017-18 school year.

DiSessa said the PSAT in eighth grade should take a similar length of time as the M-STEP's ELA and math tests combined.

"Michigan will be the first state to use the PSAT 8/9 as its required assessment for eighth grade for accountability purposes," DiSessa said. 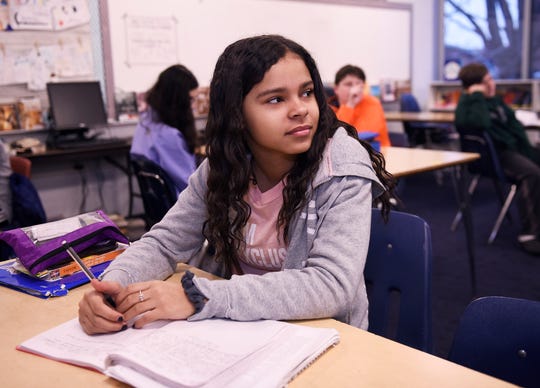 Eighth-graders will still take the M-STEP in science and social studies in April and May and are expected to continue so because federal rules require a measure of those standards, education sources said.

Michigan has a history of changing the state assessments it gives public school students, prompting some to criticize how that disrupts their ability to analyze progress or regression in schools.

In the 2014-15 school year, Michigan replaced the 44-year-old Michigan Educational Assessment Program (MEAP) test with the M-STEP. Students in Michigan are scheduled to take the M-STEP every spring through 2021 in grades 3-8 and 11.

In 2015, the state dumped the ACT and required 11th graders to take the SAT.

Amber Arellano, executive director of the Education Trust-Midwest, opposes the change, saying moving from one assessment to another disrupts the ability to use data about student learning and inform decision making for several years.

"That is why changes should only be made when it directly benefits students or is absolutely necessary," Arellano said. "Without a great reason to do so, the gap in usable data — and consequences for informed decision-making — are simply not worth it.

“Unlike the prior assessment, the PSAT 8/9 is written to understand gaps for a college entrance test. Instead, what we really should be measuring is whether students have mastered the skills and knowledge expected of them at the end of each grade, in critical subjects." 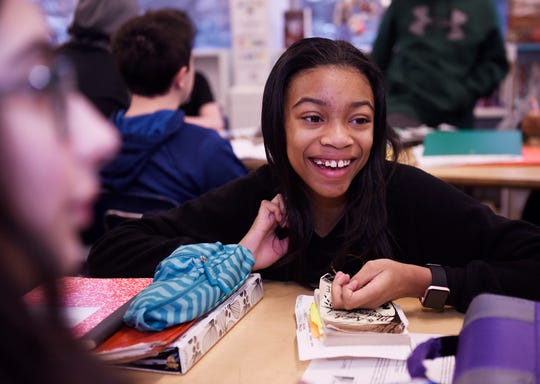 The M-STEP allows educators to compare student learning across about dozen states, the PSAT cannot, Arellano said, because no other state uses the PSAT as their mandatory assessment for eighth grade in math and reading.

“This change is unfortunate and will hopefully be corrected in the coming years," she said.

Wendy Zdeb, executive director of the Michigan Association of Secondary School Principals, said the PSAT is a better test than the M-STEP for several reasons: students, parents and educators have access to actual test questions to understand why a question was answered correctly or incorrectly, and test results are available three weeks post-test and include detailed reports that identify areas of strength and improvement.

Zdeb said the test is also connected to an online portal for students, parents and teachers that connects to the Khan Academy, where students can get tutor-level assistance and remediation.

The M-STEP, she said, only measures learning and growth but none of the other benefits available in the PSAT.

"We don’t get anything portal with M-STEP," she said. "That is a huge deficiency when you are trying to dig into data and use it."

When Michigan made the switch from ACT to SAT, one of the primary selling points was  students would get free customized remediation, Zdeb said.

Statistics indicate that the majority of students in Michigan have not linked their College Board account to a Khan Academy, a nonprofit educational organization that offers K-12 online educational tools, to access remediation tools. In Michigan, 46 percent of seniors, 37 percent of juniors, 19 percent of sophomores and 18 of freshman have linked accounts. 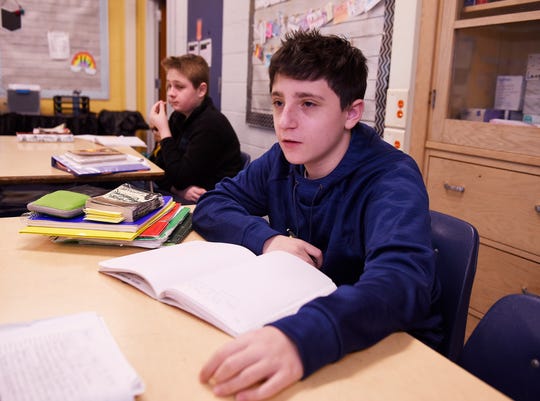 Zdeb said about 134,000 Michigan high school students have linked College Board and Khan accounts. The percentages in each grade are below 50 percent, which means school officials have plenty of work to do to link accounts and get kids to use the website, she said.

"Schools need to develop a systemic plan for having students create and link College Board and Khan accounts," Zdeb said. "It’s time to wake that sleeping giant and help all students to see score increases."

According to analyses of national testing data, Michigan students are performing among the bottom 10 percent of states. And changing state testing will only compound an increasingly dire educational outlook for Michigan, some education and business leaders have said.

Nikolai Vitti, superintendent of Detroit Public Schools Community District, said he is also concerned with the shift in the tests for eighth-graders.

"However, we feel that an eighth-grade literacy and math exam specific to the standards is a fairer and more relevant way to evaluate student achievement, teacher performance and a school’s performance," Vitti said.

Some school districts, including the Berkley School District in Oakland County, have already begun giving eight graders the PSAT and post a PSAT study guide online for students to review. 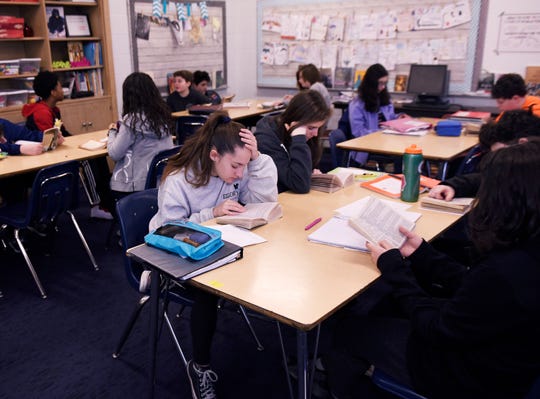 The district's curriculum director Scott Francis said eighth-graders in Berkley have been taking the PSAT for at least the last four years ahead of the change.

"This is an experience we wanted to give our eighth-graders — we know they are taking it in high school — to get their feet wet," Francis said. "It wasn’t to dig deep into data. It was 'can we give kids this experience?'"

The district doesn't prepare students for tests by initiating test prep or teaching to the test, Francis said.

"We believe that if we are successful with teaching and learning in the classroom, our students will be prepared for any exam they need to take," he said.