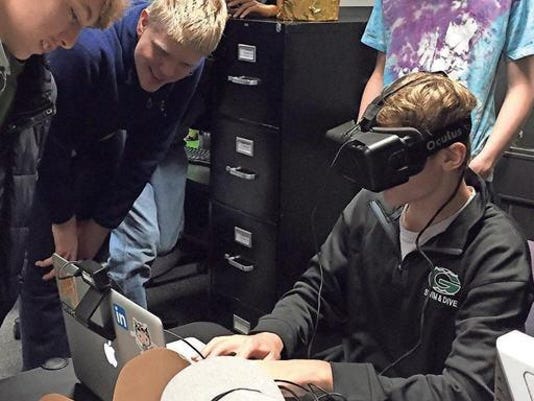 ■ Developed my own iOS apps and games which I sell (they have received over 7000 downloads).

■ Developed 3D Games for the Oculus Rift (virtual reality headset) and demonstrated them to multiple classes in my school.

■ Lead programmer of my robotics team, attended world championship in 2015.

■ Received an honorable mention from the Oakland County Competitive Robotics Association for the 2015 robotics season.

■ Worked with my teacher and school district to develop a new Game Design class and a new state of the art computer lab to be used in our district starting next school year.