Groups calling for western Lake Erie to be declared impaired

Groups calling for western Lake Erie to be declared impaired 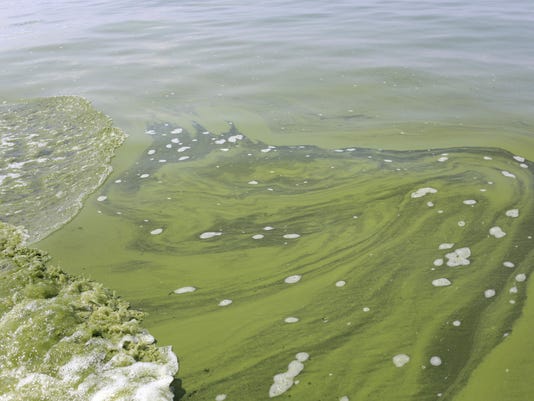 They want government regulators to list the lake as an impaired watershed to combat runaway algae blooms that are threatening drinking water and aquatic life.

But the state’s environmental agency argues the designation isn’t needed because Ohio has taken a number of steps, such as limiting when farmers can spread fertilizer and manure on fields, to cut down the pollutants that help the algae thrive.

Here are some questions and answers about what it would take for the lake to be declared impaired and what that would mean:

What is an impaired watershed?

Under the federal Clean Water Act, part of a lake, river or stream can be considered impaired when too much pollution makes it unsuitable for aquatic life, recreation, public drinking water or other uses.

Who decides when the designation is used?

States develop lists of bodies of water that don’t meet federal water quality standards. Ohio currently has 267 on its list. The state Environmental Protection Agency is expected to release an updated list this spring. The U.S. EPA has the final say over the list, though, and the power to remove or add a waterway.

What happens when a lake or river is called impaired?

The state essentially puts the lake or river on a pollution diet that sets the “total maximum daily load” of pollution that will be allowed to flow into the water. The process includes taking a close review of the pollution sources, determining how much pollution to reduce from each source and coming up with an action plan.

Why do it now?

Environmental groups along with a U.S.-Canadian organization that advises on Great Lakes and water issues involving both countries believe pollution controls in place now aren’t enough to control Lake Erie’s algae blooms that are linked to dead zones where fish can’t survive and contaminated the drinking water for more than 400,000 people near Toledo in 2014. The algae bloom this past year was the worst on record. The groups also say an impaired watershed designation would result in more federal funding being spent on finding a solution and ensure that efforts to help the lake stay on track.

Where do the regulators stand?

Ohio’s environmental agency maintains that adding western Lake Erie to the impaired list won’t help improve the water. It says the additional studies that would be required under the designation would only delay efforts under way to reduce the phosphorus runoff that feeds the algae, adding that the agency focus is on the rivers and streams that flow into the lake. The state EPA also says the impaired designation through the Clean Water Act doesn’t give states authority to put stricter controls on runoff from farm fields. The U.S. EPA has not made a move, as of late, to add the lake to the impaired list. It announced this week that the U.S. and Canadian governments have agreed to seek steep cuts in phosphorus runoff into part of the lake. The states of Ohio and Michigan and the Canadian province of Ontario already pledged last year to seek a 40 percent drop in algae runoff within a decade.