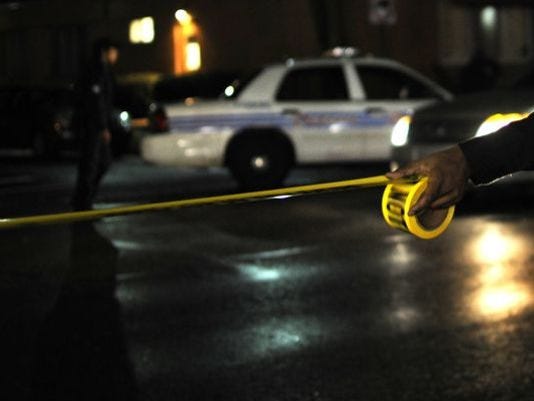 Detroit — Detroit Police Internal Affairs officials are looking into allegations officers responded four times this week to a report of a dead body inside an east-side house without bothering to investigate.

A different police crew that responded for the fifth time Tuesday finally entered the house and found the body of a 61-year-old man in a bedroom, “kneeling on the floor, face to the floor,” according to an internal police report obtained by The Detroit News.

According to the report, written by Homicide Sgt. Timothy Firchau, a squad car from the 11th Precinct responded four times to 911 calls Monday and Tuesday from citizens reporting there was a body in a home in the 19900 block of Coventry, near 8 Mile and John R. The callers also said people were going into the home and stealing items — but each time officers responded, they wrote in their report “no problem found.”

Firchau complained in an email that accompanied his report, which he sent to his supervisors Wednesday: “Based upon the (computer-aided dispatch) sheets, persons have been calling 911 for 11/2 days attempting to report the death of the victim ... and it took until DPD Scout (car) 11-01 … took the initiative to actually do some police work, investigate the location and finally discovered the victim.”

“I have some concerns about this, but we still need to investigate,” he said. “If it’s determined that the officers’ actions were neglectful, I will take appropriate action.”

On Monday, police received a 911 call at 1:09 p.m. about the body. “(The) person that discovered him was afraid to call, (and) asked (a) 3rd party to call,” the report said. The officers arrived at the scene at 1:31 p.m, and cleared it a minute later, writing “NPF” — no problem found — in their log, according to the report.

“Female caller says there is a deceased body and then hung up,” the report said. The officers arrived and again reported “NPF.”

About an hour later, the same crew was dispatched to the home a third time.

At 2:18 p.m. Tuesday, dispatchers reported: “People have been calling for two days about a 60 year old male inside bedroom dead, female caller says go inside and male caller says scout didn’t go inside, says male is in bedroom and both callers say the door is open.” Again, the scene was cleared, by both officers and a medical unit, with no problem found.

“They discovered the victim lying on the bedroom floor and made notifications,” the report said. The victim, who was bleeding from the nose and mouth, was pronounced dead at the scene by a responding medical unit.

A cellphone was found underneath the victim’s body, the report said. The body was sent to the Wayne County Medical Examiner’s Office to determine a cause of death.