Services for woman believed to be oldest U.S. veteran today

Services for woman believed to be oldest U.S. veteran today 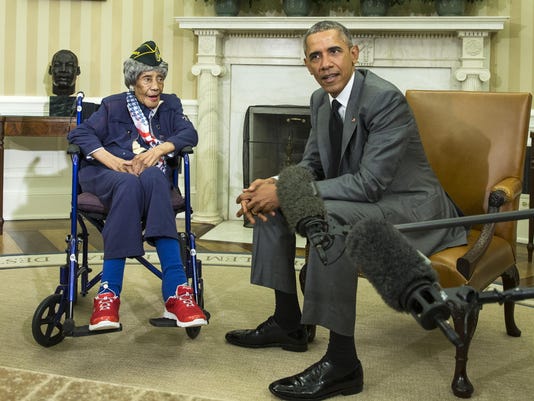 Detroit — Funeral services were held in Detroit for a woman who was believed to be the oldest U.S. veteran at the time of her death.

She was a 38-year-old wife and mother of five when she signed up in 1943 for the Women’s Army Auxiliary Corps. Didlake served about seven months stateside during World War II as a private and driver.

Born in Alabama, she moved with her family to Detroit in 1944.

After her death, Obama said Didlake was a “trailblazer for generations of Americans who have sacrificed so much for their country.”