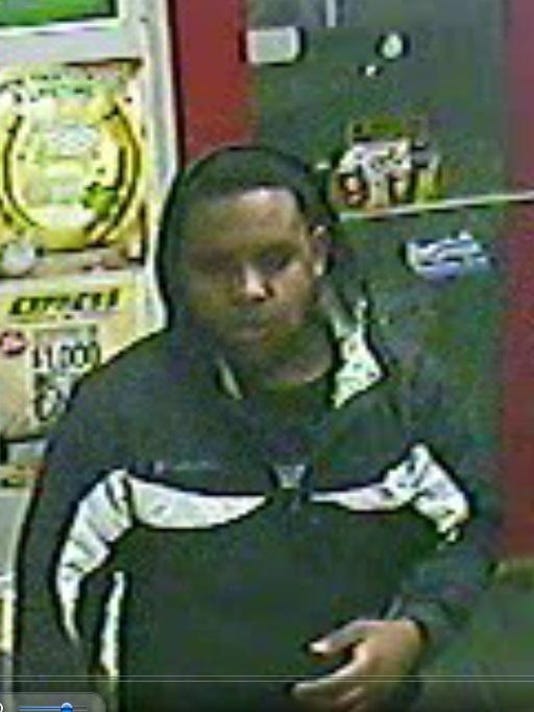 One of the male suspects arrested is accussed in the attempted carjacking at a gas station on Wyoming and of a man on Plymouth on Detroit’s west side.(Photo: Detroit Police Department)

Four teens have been arrested in connection with a string of carjackings on Detroit’s west side, including one at a gas station, police announced Monday.

The teens, who were are a 14-year-old boy, 14-year-old girl, 15-year-old boy, and a 16-year-old boy arrested by the Detroit Police Department’s commercial auto theft unit on Sunday, were taken into custody at a bus stop on Southfield and McNichols on the city’s west side.

They are suspected in an attempted carjacking at 9:40 p.m. Friday of a 66-year-old man outside a gas station in the 8800 block of Wyoming. Police say two of the four suspects attempted to carjack the victim but failed when they could not start the vehicle. Police recovered fake guns from each of them.

The two teens made their way to the 10000 block of Plymouth an hour later, police say, where they held-up a 49-year-old man and took his vehicle, a green 2004 Hyundai Sonata. Neither of the victims was injured.

On Sunday, at 9:05 p.m., in the 18700 block of Warren, police say the same group of suspected teens struck again and carjacked a 45 year-old man of his gray 2007 Chevy Malibu. The victim was not injured.

The teens are being held at the Wayne County Youth Home.

The girl suspect arrested is accused in the attempted carjacking at a gas station on Wyoming and of a man on Plymouth on Detroit’s west side. (Photo: Detroit Police Department)

The pair, say police, approached the man while he was pumping gas and one of them demanded his car keys. The victim complied and both got into the vehicle. But once inside, the male could not figure out how to start the vehicle. The two fled.