Family looks for help in solving man’s killing in Detroit

Family looks for help in solving man’s killing in Detroit 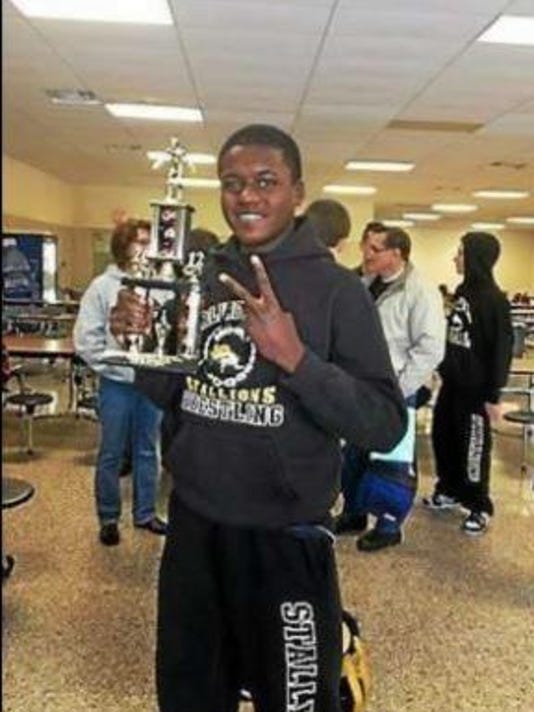 A Novi private investigative firm is taking another look at a 15-month-old homicide case involving the slaying of a young Sterling Heights man.

The body of Jamiel Jackson, 19, was found Dec. 20, 2014, in an alley at Tyler and Broadstreet on Detroit’s west side. He was shot once in the head. Police had determined the motive for the killing was robbery, although the case has not been solved.

New information suggests the motive may have been revenge for a fight over a stolen cellphone, said Timothy Gilbert, a former Detroit police officer and owner of the Koda Group investigative firm in Novi.

“I was contacted by the victim’s sister to look into the case,” Gilbert said. “I called homicide and they told me it had been classified as a robbery, but when we looked deeper into it, it doesn’t look like a robbery.”

Private investigators are usually employed to check on cheating spouses, although sometimes families of homicide victims hoping for closure will hire them. One such prominent case is the unsolved death of JoAnn Matouk Romain of Grosse Pointe Woods, who disappeared Jan. 12, 2010. The 55-year-old’s body was recovered two months later near the Canadian shore of Lake St. Clair. The family, upset the death had been ruled a suicide, engaged a private firm to get answers.

In the Jackson case, homicide Sgt. Matthew Gnatek said he welcomed the help.

“Having a fresh pair of eyes on a case can help,” said Gnatek, whose squad originally worked the case. “If they want to take another look, we’re happy for that.”

Jackson graduated in 2013 from Sterling Heights High School, where he played football and was part of the wrestling team that won its league championship and advanced to the state finals.

“He was very outgoing, and quite popular in high school,” said Erica Jackson, the victim’s sister.

“I wanted to bring justice to my family. It kept calling me, like God was telling me I had to do something. I watch a lot of crime shows on TV where family members hire private investigators, so I went out on a limb.”

Jackson left his parents’ Sterling Heights home a few months before he was killed. He moved in with his best friend, Gilbert said.

“(Jackson) was a good kid, but the people he moved in with were some rough characters,” Gilbert said. “But they took Jamiel under their wing and watched out for him.”

During a party a few weeks before the killing, someone stole Jackson’s cellphone, Gilbert said.

“He knew who took it,” said Javier Chapa, another former Detroit cop who is working with Gilbert on the case. “The people he was living with told (the thieves) ‘You have 24 hours to give up the phone.’ After that, someone beat up (Jackson).”

Jackson’s phone was returned two days before he was killed, Chapa said.

Gilbert and Chapa believe that whoever was warned about returning the cellphone may have gotten revenge by killing Jackson.

“It just doesn’t sound like a robbery,” Gilbert said. “He still had his wallet on him and a camera; the only thing taken was his cellphone. The wallet didn’t have any money in it, but if they were robbing him, they’d have taken the camera.”

The private investigators went to the alley where Jackson’s body was discovered and found what’s believed to be a .38 caliber cartridge casing. “It was right where the body had been,” Gilbert said. “The casing has been turned over to DPD for ballistics testing, to see if it was used in the shooting.”

Another factor leading the private investigators to believe the motive wasn’t robbery: An acquaintance of the victim said he ran onto her porch hours before he was killed and told her he was being chased.

“The case was originally classified as a robbery, and I’m not 100 percent sold that it’s not,” Gnatek said. “But if they come up with additional leads, we’ll certainly run them down. We want to close the case just like they do.”

The victim’s sister said she won’t have peace until her brother’s killing is solved.

“I’m praying whoever did this will turn themselves in,” she said.