Authorities believe the 16-year-old was a sex trafficking victim 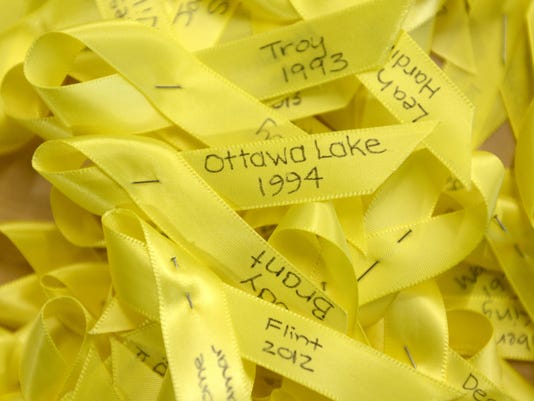 Yellow ribbons tell the story of the missing and are not forgotten during Michigan's Annual Missing Persons Day held at Detroit Public Safety Headquarters on Saturday.(Photo: Max Ortiz / The Detroit News)Buy Photo

In what is considered the fastest recovery after a Missing in Michigan event, a 16-year-old sex trafficking victim was located by authorities just hours after the event ended on Saturday afternoon.

Investigators from the Southeast Michigan Trafficking and Exploitation Crimes Task Force were on site Saturday at Detroit Public Safety headquarters, where the event was held, and went to work immediately. By 8:30 p.m. Saturday, six hours after the report was taken, the girl was found.

“Thankfully, we intervened in this girl not being victimized any further,” Krebs said.

No arrests were made, but Krebs was hopeful they would result. Families display tenacity in search of missing loved ones

Krebs said sex traffickers often lure teens who are vulnerable or who have run away from home. They find them at malls, arcades, Greyhound stations and even school bus stops — and online. They build trust with promises, gifts, and words that make the kid feel loved.

“Some of them, this might be the first time they’ve felt loved,” Krebs said. After being forced to have sex for money, “a lot of them don’t feel they can return home.”

Investigators believe the girl was a victim of sex trafficking, and Krebs said the investigation into the case is ongoing. But the girl is home now.

There are about 1,000 new missing children cases in Michgan per week. Detroit Police receive about 16 cases daily, Krebs said. 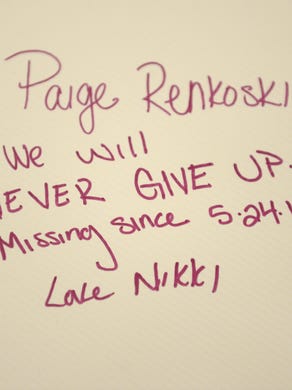 Paige Renkoski has been missing since May 24, 1990. Max Ortiz / The Detroit News
Fullscreen

Yellow ribbons tell the story of the missing and are not forgotten during Michigan's Annual Missing Persons Day . Max Ortiz / The Detroit News
Fullscreen 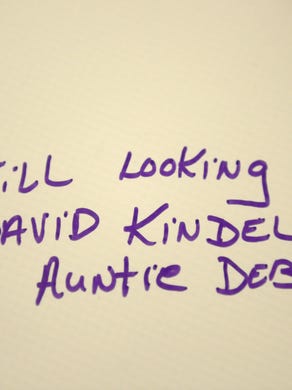 Pam Atkinson (left) and sister Penny Keller, display photos of their sister Paulette Susan Jester, during Michigan's Annual Missing Persons Day on May 14, 2016. Paulette Susan Jester has been missing since May 12, 1979 and was finally discovered as a jane doe in 2014. Max Ortiz / The Detroit News
Fullscreen 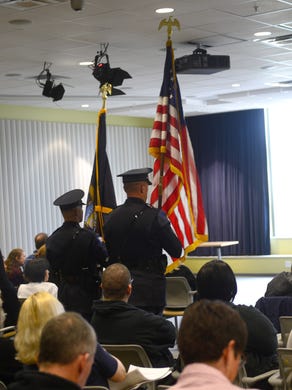 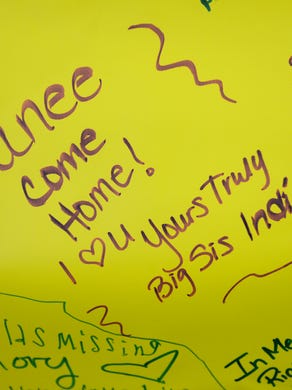 Messages are placed on walls to remember the missing during Michigan's Annual Missing Persons Day held at Detroit Public Safety Headquarters on May 14, 2016. Max Ortiz / The Detroit News
Fullscreen 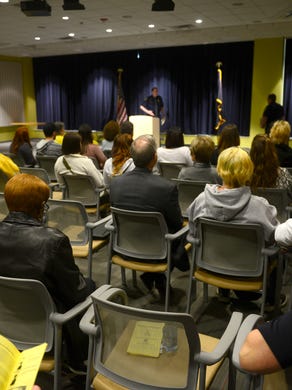 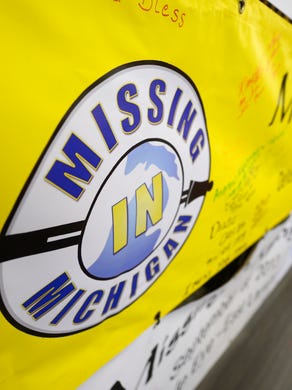 Friends and family signed the "Missing in Michigan" banner at the Michigan's Annual Missing Persons Day held at Detroit Public Safety Headquarters on May 14, 2016. Max Ortiz / The Detroit News
Fullscreen

Missing in Michigan events, now in their sixth year and third time in Detroit, allow family members to submit DNA that can help track down lost loved ones. For Saturday’s event, relatives were encouraged to bring at least two biological relatives (for family reference samples) of the missing loved one and any police reports, X-rays or other identifying documents to update law enforcement digital databases.

Since the first event at Ford Field six years ago, 65 missing people have identified. Thirteen, including the 16-year-old, were still alive.