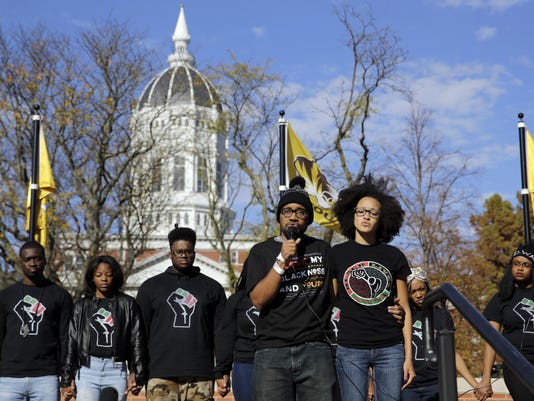 Jonathan Butler staged a hunger strike to protest the treatment of blacks at the University of Missouri.(Photo: Jeff Roberson / AP)

Detroit — The winners of the 2016 Ford Freedom Awards, which will be distributed Tuesday night, range from former Mayor Dave Bing to college student Jonathan Butler, who staged a hunger strike to protest the treatment of blacks at the University of Missouri.

They will receive their honors at the 18th annual Ford Freedom Awards at the Max M. Fisher Music Center.

The event is sponsored by Ford and the Charles H. Wright Museum of African American History.

“(It’s) a unique platform to pay tribute to some of American’s greatest influencers,” said Juanita Moore, president and chief executive officer of the museum.

Performing at the event will be Angie Stone, a Grammy nominee, and Doug E. Fresh, longtime hip hop artist.

Among celebrities planning to attend are singer Usher and Jerome Bettis, a former NFL star with the Pittsburgh Steelers who was an All-America player at Detroit Mackenzie High School.

Three types of awardees are being recognized this year: an honoree, a scholar and three courage honorees.

The honoree is the late Lewis, who was praised by event sponsors for his character, generosity and business acumen. 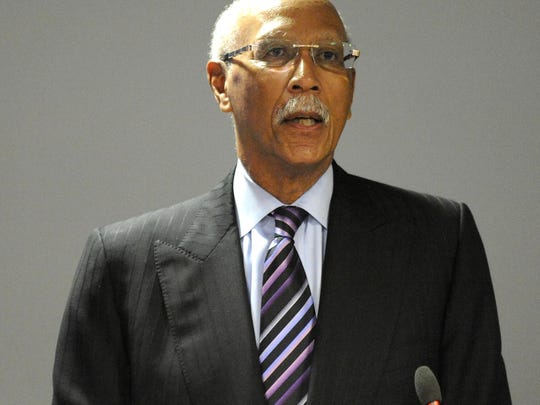 Bing won the scholar award, which is given to a person who is a living legacy of the honoree, someone who will carry forth his ideals into the future.

Bing was cited for his work as mayor, his business experience, his time in the NBA with the Detroit Pistons, and his work with the Bing Youth Initiative.

This is the first year Courage Awards will be given out.

Butler was a graduate student at the University of Missouri who, along with other students, was unhappy with the school administration’s handling of complaints about racism on campus.

The students demonstrated and Butler staged a hunger strike last fall, vowing not to eat until the school’s system president, Tim Wolfe, resigned.

The hunger strike drew national attention and the support of others, most notably the school’s football team, which refused to play until Wolfe stepped down.

Not only did Wolfe resign but so did school Chancellor R. Bowen Loftin.