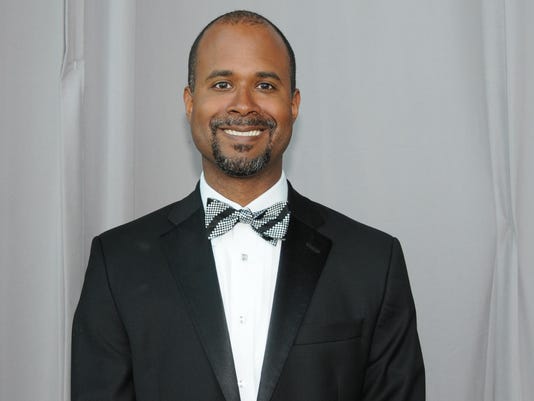 “Congressman Conyers has been at the forefront of social equality, economic empowerment and peace since before first being elected in 1964,” said WDIV’s Jason Colthorp, the master of ceremonies, noting Conyers’ “involvement in positively channeling Detroiters’ anger following the 1967 riots” and his more than 50 years in Congress.

Lewis, considered one of the top leaders of the 1960s civil rights movement, acknowledged Conyers, who is the dean of the House and longest-serving member of Congress.

“I am pleased to be honored with my friend and brother John Conyers,” Lewis told a crowd of more than 500 supporters of the nonprofit in Cobo Center’s Grand River Ballroom.

“I salute each and every one of you for supporting Focus: HOPE,” he said. “You bring hope and inspiration to hundreds of thousands of individuals.”

Later at the event, the nonprofit announced that Jason D. Lee, longtime executive director of the Detroit Area Pre-College Engineering Program, will take over the reins as CEO effective Aug 8. Lee will succeed William Jones Jr., who announced his retirement earlier this year.

“The work of Focus: HOPE is as relevant today as it was when the organization was founded in 1968,” Lee said in a statement. “Focus: HOPE is a model for the nation; I am honored to have the opportunity to lead this Michigan asset that is making an impact in the lives of this great community.”

Focus: HOPE’s board of directors selected Lee after a nationwide search that resulted in 200 applications. He led the Detroit  engineering group for 12 years and previously held engineering positions for Ford Motor Co.’s powertrain and product development division.

Focus: HOPE “looks forward with anticipation of the renewed focus and energy that Jason Lee will bring,” nonprofit board chair Glenda Price said in a statement. “We look toward a positive future of working with him to achieve our goal of eliminating poverty, racism and injustice.”

“We know how critical of a hire this is, and we were seeking someone with a diverse background in community organization, education and executive nonprofit experience,” added Focus: HOPE board member Elliot Forsyth. “Jason has strong ties in each of these areas and has played a role in providing local residents with impactful personal and career opportunities.”