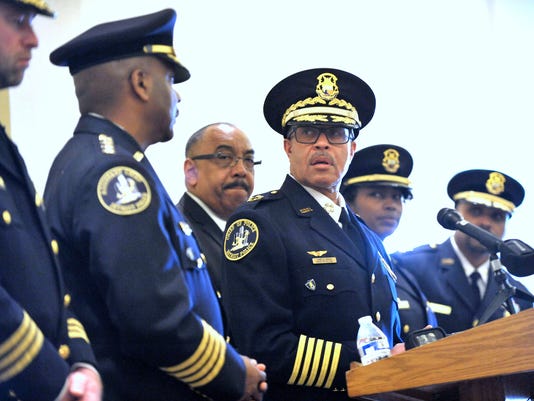 Raymond Durham was arrested Wednesday hours after he allegedly fought with two Detroit police officers, pulled a gun from his front waistband and opened fire around 8:15 p.m. near Ash and Tillman, which is about 1.5 miles from where Rose was killed on Lincoln near Selden.

The officers were in a marked scout car and had stopped after spotting Durham walking in the street acting "clearly agitated," Craig said.

Durham allegedly fled the scene, reloaded his .38-caliber revolver and "burrowed" nearby, waiting to unleash a second attack, according to Craig. He was discovered around 10:50 p.m. Wednesday at Vinewood and Michigan Avenue, where he was arrested and taken to a hospital for treatment to multiple gunshot wounds.

"We worked very hard to get to this day," the chief said Friday. "It does not signify closure of the case. Whenever there is forensic match it's a significant step." He emphasized there was other evidence that he declined to describe.

Friday afternoon, Durham was charged with two counts assault with intent to murder, two counts resisting and obstructing police causing serious impairment, one count being a felon in possession of a firearm, and five counts felony firearm.

He was arraigned Friday in the hospital by 36th District Court Magistrate Laura Echartea, officials said. He is due in court March 24 and March 30 for hearings.

He will be remanded to jail upon discharge from the hospital, officials said.

"We are able to charge this case today because of the round-the-clock collaboration with the Detroit Police Department, the Michigan State Police, and many others who worked tirelessly on this case," Wayne County Prosecutor Kym Worthy said in a statement. "Any time a police officer is injured is a stark reminder of how much law enforcement puts on the line every minute of every day."

On Thursday, Durham’s relatives said he struggles with mental issues and they fear authorities are rushing to judgment in a bid to solve a high-profile case. 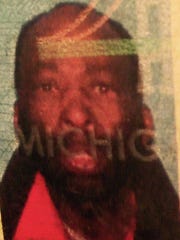 After allegedly shooting the two officers Wednesday, Durham reloaded his .38-caliber revolver and “burrowed” nearby, waiting to unleash a second attack, the chief said.

“This suspect was very violent. He was aggressively trying to kill our officers,” Craig said. “He continued to make an attempt to engage them as they were trying to gain some sort of concealment and cover.”

Police later found the suspect huddled several blocks from the shooting site. He was wounded in the leg and arm.

“He was laying down and he still was armed with the weapon, so he had no intent to discard the weapon,” Craig said. “He was ready, in my judgment, to engage the officers a second time.”

His brother, Emory Durham, said Raymond has been unable to work full-time since a serious on-the-job injury in 1976. After that, the Detroiter “slowly started deteriorating. My brother really wasn’t right ever since then.”

Raymond Durham, who has been residing in abandoned homes, is “not the type to hurt people,” his brother said. “He would ride his bike or walk or fix bikes, doing whatever anybody else out there is doing. ... My brother (is not a) police killer or no police stalker or anything like that.”

The injured officers were taken to Detroit Receiving Hospital, where they were in stable condition Thursday, Craig said. The officers are partners in the Third Precinct’s special operations team. One is a 20-year veteran, the other a 4-year veteran, he said.

One of the officers was shot multiple times including in the neck, Craig said. The other was shot in the ankle; body armor stopped two rounds to his upper torso. Craig said he wasn’t sure of the extent of the officer’s neck wounds, but said “the early diagnosis is he’s going to be OK.”

He declined to release their names.

Durham’s brother said they weren’t given updates on his condition and questions how the family has been treated.

“That type of behavior is not necessary,” he said.

The shooting Wednesday occurred while the two officers patrolled the area as part of the Third Precinct’s investigation into recent nonfatal shootings suspected to stem from drug activity, Craig said. There also has been a stepped-up police presence in the area since Rose was killed.

William Vallejo, 42, who lives on Tillman, said he was taking a bath Wednesday when the gunfire started about 100 yards from his home.

“I heard at least 15 shots,” he said. “The police got here quick. They were here within 10 minutes.”

“Ever since that officer was shot, they’ve stepped up the patrols a little bit more,” he said. “I’ve noticed more police cars coming down the street, sitting on the corner every once in a while. They’re watching out for the neighborhood and for the guy who (shot Rose).”

Rose, a K-9 handler and five-year member of the WSU police, was shot just off the Wayne State campus when he stopped to investigate a man riding a bike.

Rose died the next day. Police arrested a man soon after, but he was freed after charges were dropped.

Holt said the Detroit police homicide task force is working on the case around the clock. Tips have led to potential suspects whose DNA is being tested against DNA found at the scene and on the bicycle ridden by Rose’s assailant.

Some in the community are shaken by the shootings, such as Ratina Taylor, 28, who lives about 400 feet from the shooting site of the two Detroit police officers.

“I work at a hair salon and we had the TV news on,” she said. “They said Tillman Street and I thought ‘That’s my street.’ Then they said Ash Street, and I was like ‘That’s my block!’ It’s crazy.”

Taylor said she hopes to move out of the neighborhood by the end of April.

DPD police officer / public information officer Nicole Kirkwood, center, shoots video for the department's social media platforms and for internal use as she is surrounded by members of the media. (Photo: Todd McInturf, The Detroit News)

Others, like WSU senior Brent Steinacker — who did not know Rose but has gotten to know his family after running a crowdfunding campaign on behalf of Rose’s fiancee — said he was pleased to hear of Durham’s arrest and to learn that police are looking into possible ties between Wednesday’s shooting and the November slaying.

“It is comforting to at least know the ball is still rolling,” said Steinacker, who lives in an apartment south of WSU. “It’s important for people to still come forward with tips.”

“Realistically, people wouldn’t live down there if it weren’t for WSU police,” he said.