Young asks AG to look into hepatitis A cases in Detroit

Young asks AG to look into hepatitis A cases in Detroit 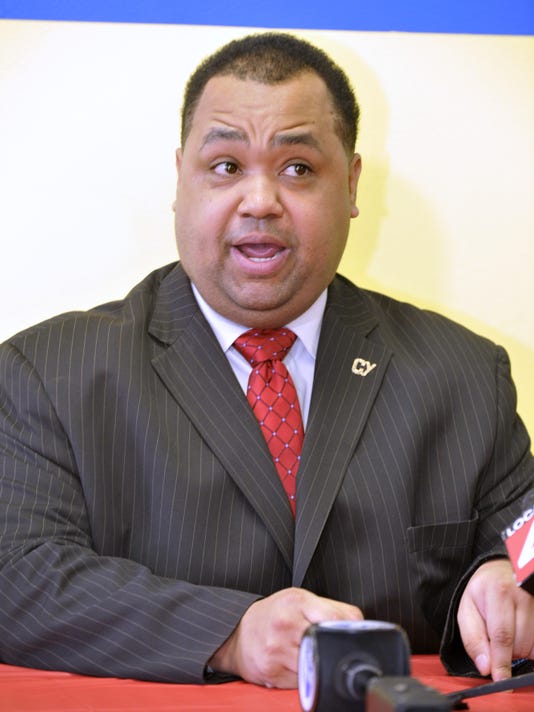 Detroit mayoral candidate and state Sen. Coleman A. Young II asked Michigan Attorney General Bill Schuette on Monday to investigate an increase in hepatitis A cases in Detroit, and whether they’re related to water shutoffs in the city.

Health officials said no common source of the Detroit area infections has been identified. The preventable liver disease can be spread through contact with objects, food or water contaminated by feces of an infected person, but can be prevented via vaccination.

“I am asking for an official inquiry to be launched immediately on behalf of the general health and welfare of the citizens of Detroit,” Young said. “There is an imminent health crisis unfolding with hepatitis A, which is contagious, and there are people being exposed to unnecessary health risks because of it.”

Schuette’s office did not immediately respond for comment on Young’s request.

In a press release late Monday, Young said he requested “a formal inquiry between the increase in number of cases of hepatitis A and other waterborne skin diseases as they relate to the impact of 83,000 city of Detroit residential water shutoffs during the last three years.”

Michigan Department of Health and Human Services spokeswoman Jennifer Eisner, in an email Monday, said: “We have been working with local health departments to raise awareness of the increase in the region, though Hepatitis A is not a waterborne skin disease.

“While no common source has been identified, we have observed associations with drug and alcohol abuse, as well as homelessness,” Eisner added. “Southeast Michigan’s local health departments have been enhancing communications and supporting vaccination for these populations.

“We are also in direct consultation with (the Centers for Disease Control and Prevention) and have learned about a significant increase in a similar population group in California. We are being kept apprised of that investigation as well.”

Symptoms include jaundice, or yellowing of the skin, fever, fatigue, loss of appetite, nausea, vomiting, abdominal pain, dark urine and light-colored stools. Hepatitis A is infectious for two weeks before symptoms appear. Symptoms usually emerge over a number of days, and can last from less than two months to six months. The infection can sometimes cause liver failure and death.

Vaccinations also are recommended for users of illegal drugs, whether injectable or non-injectable; men who have sex with men; people with chronic liver disease including hepatitis B or hepatitis C; people treated with clotting-factor concentrates, and travelers to countries with high rates of hepatitis A, as well as family members of recent adoptees from such countries.

Health officials urge adults to check their vaccination status, and to talk to a health care provider about the potential risk for hepatitis A infection.