Junior League of Detroit announced that the home, in Historic Boston-Edison, will be the 2018 Designers’ Show House 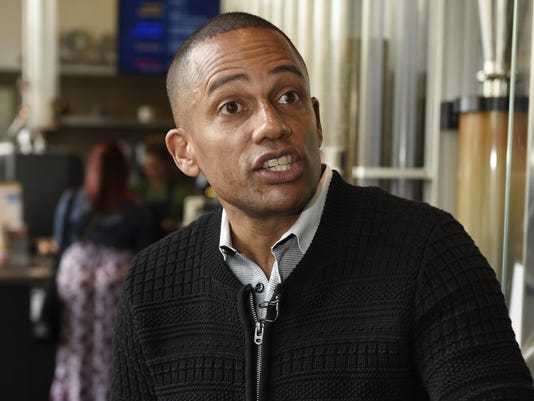 Hill Harper announces his investment in Roasting Plant coffee in downtown Detroit in May. The actor is the new owner of the iconic Charles T. Fisher mansion in Detroit’s Historic Boston-Edison District.(Photo: Clarence Tabb Jr. / The Detroit News)Buy Photo

On Wednesday, the Junior League of Detroit announced that Hill’s home will be the location of the league’s 2018 Designers’ Show House. Dozens of interior designers will transform the home room-by-room and then open it to the public for tours to raise money for the junior league’s nutrition initiative called Project EAT.

“It is especially gratifying that the proceeds from this event will support the Junior League of Detroit and their longstanding mission of helping families and children in Detroit,” said Harper in a news release.

Hill’s new home spans 18,000 square feet and is the largest home in Boston-Edison. Built in 1922, it was previously owned by Michael Fisher, a fifth cousin of the Fisher brothers, who created the Fisher Body Co.

The Junior League of Detroit’s 2018 Designers’ Show House will not open until mid-September 2018.