Amid uproar, chairman and founder of Quicken Loans calls for ‘open, inclusive dialogue’ 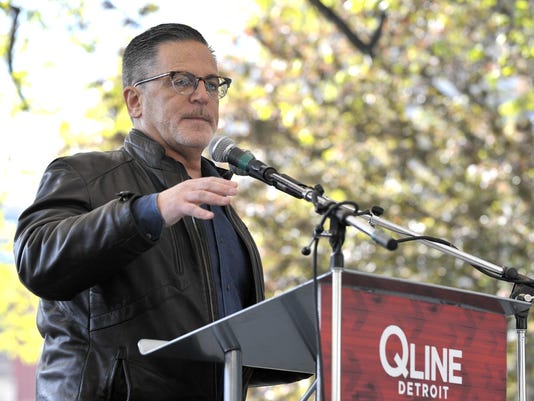 Dan Gilbert, chairman and founder of Rock Ventures and Quicken Loans, Inc., who is often seen as at the forefront of reshaping downtown Detroit also highlighted his companies’ work in the city and Cleveland as well as how federal support can be vital in boosting revitalization efforts.(Photo: Todd McInturf / The Detroit News)Buy Photo

Billionaire developer Dan Gilbert is weighing in on the controversy over President Donald Trump’s position on NFL players kneeling during the national anthem to protest social ills in the country.

The debate has prompted coaches nationally and in Metro Detroit to speak out. And on Monday, Gilbert issued a statement that referenced the situation.

The chairman and founder of Quicken Loans did not mention the president by name or specifically reference the anthem uproar, but said: “Professional athletes, owners and the leagues themselves, as well as the country, would greatly benefit from an open, inclusive dialogue that would allow the expression of all views and concerns that have recently become hot topics in professional sports. It is time to move on to positive resolutions and outcomes that begin with constructive and healthy conversations.”

Gilbert, who is often seen as at the forefront of reshaping downtown Detroit, also highlighted his companies’ work in the city and Cleveland as well as how federal support can be vital in boosting revitalization efforts.

“It is imperative that our voice is heard when it comes to federal support on the mission of moving both of our hometowns in the positive direction they have been experiencing over the past several years,” the businessman wrote.

“It is important now, just as it was in 2014/2015 when we worked with the previous administration on the Detroit Blight Removal Task Force, as well as both parties in Congress helping to secure significant federal Hardest Hit Funds for both the states of Ohio and Michigan, as well as others.”

Gilbert also said his companies were focused on policies at the federal level “and not the politics surrounding the elections,” which means “ the still substantial needs of our former rust-belt cities that are now finally beginning the road to recovery and growth that other parts of America have been experiencing for a long period of time.”

Gilbert heads Bedrock. The company and its affiliates have invested more than $5.6 billion in more than 100 properties in downtown Detroit and Cleveland.

Last week, he unveiled a $2.1 billion plan on Wednesday that packages four developments together so that the projects can be considered as one for a new state tax incentive.

Gilbert has also been leading a drive to bring Amazon’s second headquarters in Detroit. Mayor Mike Duggan this month tapped him to lead a task force to explore the option.