Margaret Garland says she’s trying to help make Detroit better, but crime, poverty and illness are beating her down 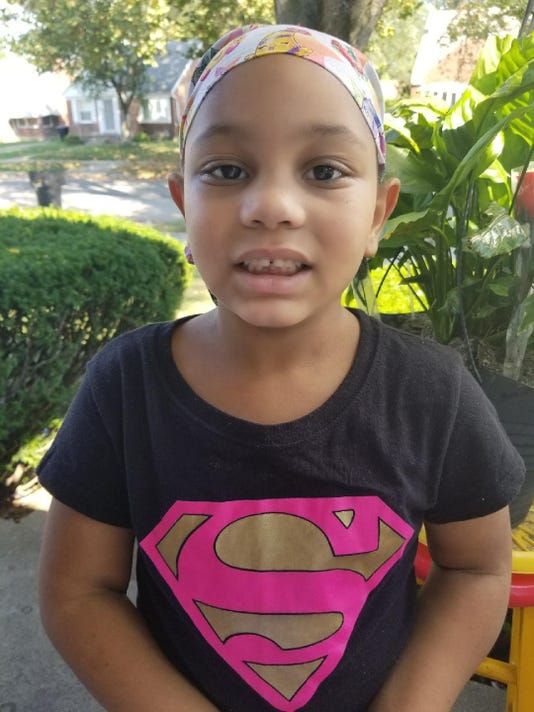 Kayona Carswell, 5, who was diagnosed in June with kidney cancer.(Photo: Family photo)

Margaret Garland says she’s trying to do her part to make Detroit a better place, but bad luck, crime, poverty and illness are beating her down.

Detroit, according to FBI statistics released Monday, is the most violent big city in the United States; and a 2016 Brookings Institution study named Detroit as having the highest rate of concentrated poverty of any big city in the country. With that backdrop, stories like Garland’s are all too common.

Garland’s 18-year-old daughter Andrea Garland was killed in a drive-by shooting on Detroit’s east side three years ago. Garland said when she poked around trying to identify her daughter’s killer, the gang involved in the shooting threatened her, forcing her to move across town. No one has been arrested for the murder.

Two months after the Aug. 17, 2014, killing, Garland, 42, gained custody of her granddaughter, Kayona Carswell, because she said her son was neglecting her. Kayona, now 5 years old, was diagnosed in June with Stage 2 kidney cancer.

Garland said she’s unable to work because of back problems and severe arthritis after she broke both legs in a 2002 car accident. She said she’s surviving on $735 a month from Supplemental Security Income, and can’t afford a car to take Kayona to her frequent doctor’s visits.

“A social worker put me in touch with a medical transportation company that takes Kayona to the doctor, but they put her in the van with other sick people, and she keeps getting infections,” Garland said. “I’ve put a mask on her, used hand sanitizer, but it’s not working. She’s being exposed to too much.

“I don’t know what to do,” Garland said Wednesday during a telephone interview from Children’s Hospital, where Kayona was undergoing a blood transfusion. “I don’t have an outside life; I don’t go anywhere, I don’t party. My life now consists of trying to get justice for my daughter, and my granddaughter’s health.” 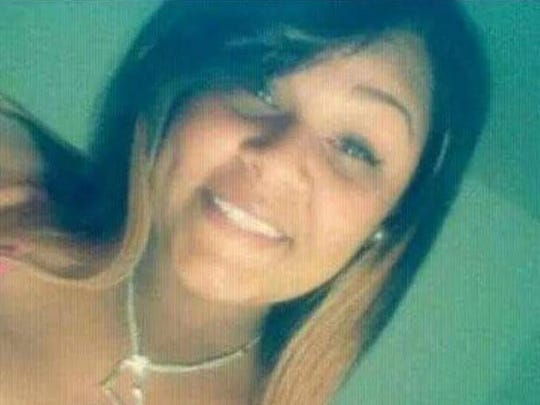 “I don’t think she would have made it if it wasn’t for her granddaughter,” said Clark.

Garland, a member of Clark’s group, said she moved from Detroit to Warren so her daughter could go to school there.

“Then in 2013 we moved to (Detroit’s) east side, near the border of Harper Woods,” she said. “We were there about eight months; my daughter had just turned 18, and she asked if she could visit her friend. There was a shooting at Eastland Mall that day, and I didn’t want to let her leave the house, because young girls always go to the mall.

“I finally agreed to let her go, but I made her promise she’d stay at her friend’s house,” Garland said. “She did what I asked; she was on the porch when someone started shooting with an AK-47. Three other boys were shot, but my daughter was the only one who was killed.”

Two days after the shooting in the 6600 block of Edmore, Detroit police launched “Operation Andrea Garland,” one of the Operation Restore Order sweeps police initiated looking for wanted felons, drugs and illegal guns.

“Due to this tragic event, regarding this quadruple shooting and other violent incidents that have occurred on the city’s east side, we refocused our Operation Restore Order to the 9th precinct, to address the spike in violence that is occurring,” Detroit police said in a statement. “This operation was renamed in honor of Andrea Garland.”

After the killing, Garland said she worked tirelessly to identify the killer or killers. “I was posting info on social media about my daughter, asking people to speak up, pleading with the public, and people in the neighborhood who were afraid to speak up to just say something.”

Garland said she was told to stop asking questions. “Someone told me ‘we’ll blow your face off,’” she said. “So I moved.”

Garland said the killing has prompted her to work with Crime Stoppers of Michigan to get justice for her daughter and other victims.

“I help pass out Crime Stoppers flyers when I’m able to,” she said. “I gave police information about two cases: (Wayne State Police officer) Collin Rose (who was killed Nov. 22 on Detroit’s west side), and another case, involving a woman who was murdered after a drug deal gone bad that involved her boyfriend.

“My niece, who was 11, witnessed everything, and I convinced her to come forward,” Garland said. “She testified against the killers and helped put them away.

“I’m trying to do the right thing, and do my part to help,” Garland said. “But it’s so hard with all the problems I’m dealing with. I’m just so exhausted. I need help, but I don’t know where to turn.”