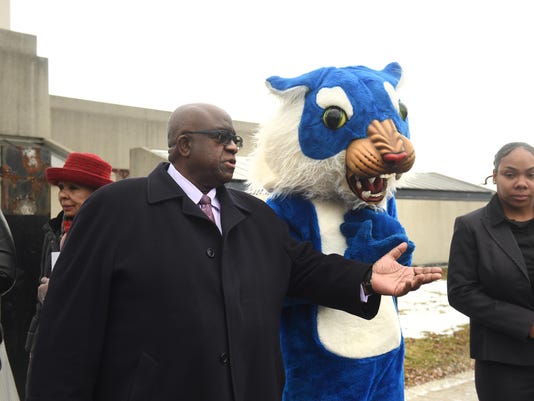 Detroit — The Wayne County Community College District campus in the city’s downtown is expanding following a groundbreaking Thursday of a $25 million campus building that will focus on health, wellness and education.

The City Center project, on Fort Street and Howard, is the final construction project in the district’s 20-year “Pathways to Transformation” strategic plan. The building will sit next to the WCCCD Downtown Campus and is expected to be complete in spring 2019.

“City Center is the zenith of our capital plans,” said Mary Ellen Stempfle, chairwoman of the WCCCD’s board of trustees, during the groundbreaking ceremony. “City Center provides spaces for disciplinary meetings, teachings and interaction between students and their instructors that today’s programs in higher education demand. It’s a hybrid facility that consolidates workforce development and training programs for our staff and students.”

Some of the health and wellness programs that will be offered in the building include occupational therapy, physical therapy, biomechanics and culinary arts. The building will also house a gymnasium for the WCCCD Wildcats basketball program. The teams currently play home games at the Northwest Activities Center on Detroit’s west side.

“We have to give our students something to be proud of,” Ivery said. “Every day, we have to look for ways. We have to be a positive learning environment. Give them something conducive to learning. Our students — we owe them that. They earned that. We want to make sure they have something they can be proud of.” 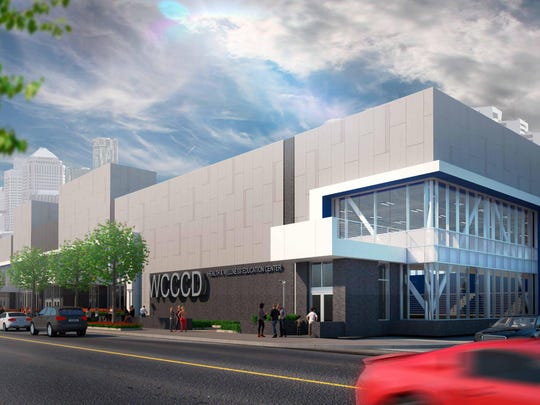 The City Center project, on Fort Street and Howard, is the final construction project in the district’s 20-year “Pathways to Transformation” strategic plan. The building will sit next to the WCCCD Downtown Campus and is expected to be complete in spring 2019. (Photo: WCCCD)

The development is funded entirely from the community college’s budget with no financing required, officials said. Ivery credits the college having a strong financial manager.

Sheffield spoke on the impact WCCCD has on its student body, which includes 70,000 credit and non-credit students across six campuses. Sheffield noted that she was employed by the community college for her first job as a financial aid advisory and international program coordinator.

“I got to see how this institution impacts the lives of so many students,” she said. “It touched me. ... I wanted to say thank you, Dr. Ivery, for your leadership, the entire board’s leadership for all that you all do. You empower so many people to further their education and equip them.”

Chasidey Willis, an 18-year-old freshman science major, said she’s most looking forward to the college having its own gymnasium.

“I play basketball, so it’s really going to help us,” she said. “We do rent gyms, so it’ll be nice to have a home court to play on.”

Willis said she likes the school and its faculty, and she’s pleased with the expansion.

“I think it will open up a lot of opportunities and jobs for people in the school,” she said. “I think it’s an awesome thing.”