The sentencing of the former head of the Operating Engineers Local 324 caps a prolonged criminal case involving hundreds of thousands of dollars, fringe ties to former Detroit Mayor Kwame Kilpatrick, and an FBI witness with epic appetites who embezzled more than $20 million from area pension funds.

Federal prosecutors portray Hamilton, 63, of Riviera Beach, Florida, as a dictator who betrayed 18,000 members of the Detroit union by heading an extortion conspiracy that made him rich.

Hamilton’s conviction and brand of extortion involving underlings forced to pay into a slush fund is unprecedented so the sentencing Wednesday is expected to have a broad impact on future cases nationwide, according to federal prosecutors.

“Instead of humbly recognizing the fiduciary trust with which he had been granted, Hamilton viewed his position as a way to enrich himself through extortion,” Assistant U.S. Attorneys David Gardey and Dawn Ison wrote in a federal court filing.

Prosecutors want Hamilton to spend 30 months in federal prison. Hamilton, who has agreed to pay $250,000 restitution, will be sentenced at 11 a.m. by U.S. District Judge Bernard Friedman.

The investigation grew out of another probe involving Chicago money manager John Orecchio, who admitted misappropriating more than $24 million from Detroit-area union pension funds and investors. Orecchio spent the money on private jet flights, $1 million worth of concert and sports tickets, jewelry, a Detroit strip bar and a Michigan horse farm for his girlfriend, an exotic dancer.

Orecchio, 52, a partner in private equity fund AA Capital Partners, started cooperating with federal investigations of union and Detroit City Hall corruption. Orecchio told the FBI he paid $10,000 to the former Detroit mayor’s nonprofit Kilpatrick Civic Fund — money he understood would go directly to Kilpatrick — to try to get a city pension fund to invest $20 million with his company.

Though the investment was approved, it ultimately did not go through.

Orecchio was convicted in February 2010 of fraud and theft and was sentenced to more than nine years in federal prison. He is scheduled to be released from a New York halfway house in October.

The Orecchio investigation eventually led to Hamilton. FBI agents were probing whether Orecchio and others paid bribes and kickbacks to the union boss, according to court records.

Hamilton was indicted in December 2015 on charges of extortion, embezzlement, money laundering and conspiracy.

He was accused of extorting union officials and employees and helping spend tens of thousands of dollars of union money on booze, meals at fancy restaurants and sporting events. He also used some of the extorted cash for a $5,000 wedding present for his daughter and son-in-law, who later committed suicide.

Hamilton served as the union’s elected business manager — the highest-ranking position — from 2003 to September 2012. He had supreme authority over the union’s actions and officers and could fire anyone, at any time, for any reason, prosecutors said.

“By all accounts, Hamilton was an old school union boss who aggressively used his power as the leader of the union to dictate the operations of the union,” prosecutors wrote.

As boss, Hamilton gave himself a $90,000 raise, bumping his annual salary to $250,000, prosecutors said. He also engineered and orchestrated an extortion conspiracy to force and intimidate three dozen union leaders into each contributing $5,200 a year into a fund called the “Team Hamilton Slate Fund.”

“The business agents knew that if they refused to pay into the fund, Hamilton would immediately terminate them, and they and their families would be left without a job or income,” prosecutors wrote.

The money was supposed to pay for union re-election efforts for Hamilton and his slate of candidates. Instead, Hamilton used some of the money for personal expenses, according to the government.

Hamilton ordered Dombrow to leave a funeral and come to the office in September 2010.

Hamilton fired the auditor and held a staff-wide meeting.

“You know, if you don’t want to pay the slate, you don’t have to,” Hamilton told the staff. “It’s as simple as that, you can go find a (expletive) job somewhere too.”

Hamilton’s speech was secretly recorded by a whistle-blower at the meeting and shared with federal agents.

When Hamilton lost re-election, he directed two “henchmen” to drain the fund of $145,000, the government said.

Amid the conspiracy, Hamilton and other union officials charged the union more than $51,465 for meals at area restaurants, according to the government.

Hamilton’s defense lawyers successfully fought to suppress details about the meals in August. Days later, Hamilton agreed to plead guilty to one count of extortion conspiracy.

Prosecutors mentioned the meals and booze in a court filing — and described Hamilton as a recovering alcoholic — while urging the judge to sentence Hamilton to 30 months in federal prison. Hamilton’s lawyer said the booze and meals and other conduct are irrelevant under terms of the plea deal.

Union members are looking forward to closing an “unfortunate chapter in our history,” according to Douglas Stockwell, business manager and general vice president of Operating Engineers 324.

“When the facts around these criminal actions came to light, the brothers and sisters of our union came together, held these corrupt leaders accountable and ushered in the era of democracy and transparency that we have today,” Stockwell said in a statement. “Mr. Hamilton betrayed the trust of the people he promised to serve and abused his power for personal gain, and as such he deserves the strongest possible consequences under the law.” 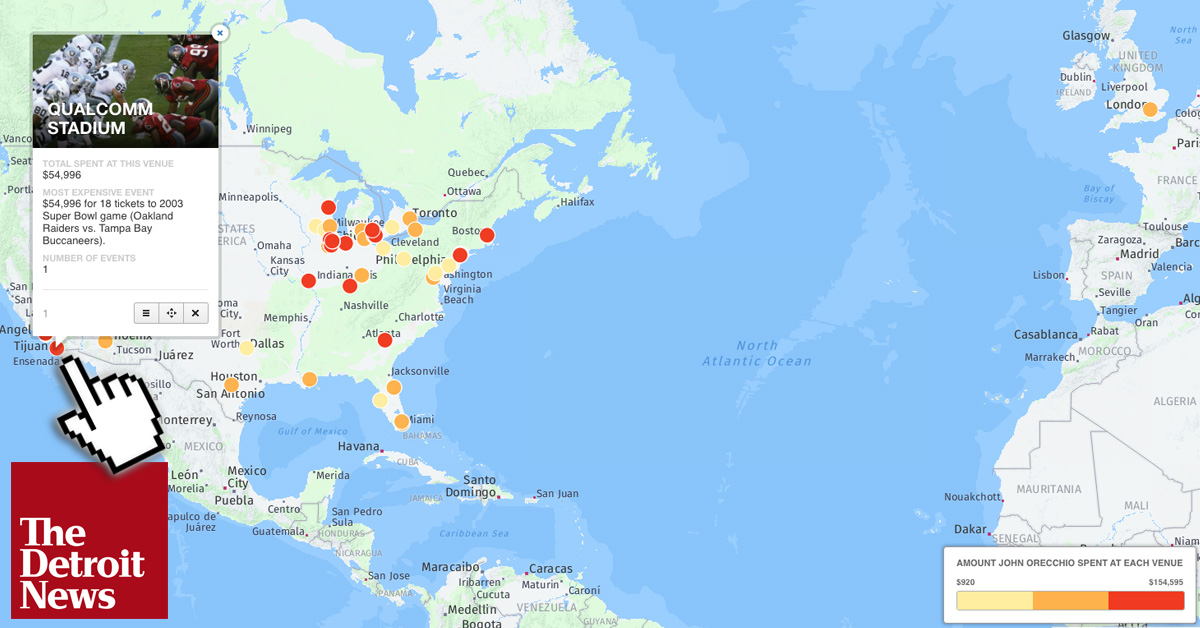