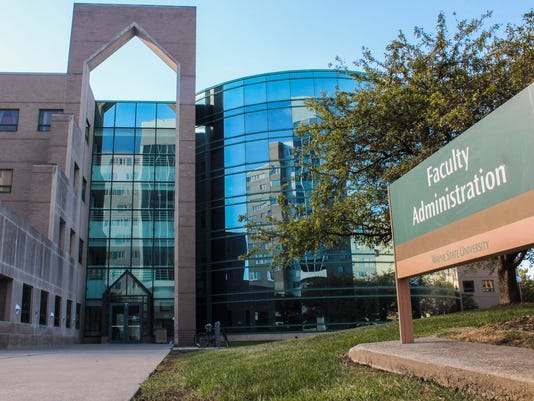 The employee works in the Faculty Administration Building and is currently under the care of a doctor, Michael Wright, WSU's chief of staff, said in a statement released by the university.

"While it is very unlikely that this person contracted the disease from a campus source, through an abundance of caution we will check the building for a potential source," Wright said.

Legionnaires' disease is not spread through person-to-person contact in a public setting, according to the Centers for Disease Control and Prevention. However, it can be contracted by breathing in mist containing the freshwater-borne bacteria.

Symptoms typically begin two to 10 days after exposure and can include cough, fever, chills, muscle aches and, in rare cases, pneumonia.

"Again, it’s important to emphasize that Legionnaires' disease is not spread by person-to-person contact. We plan to review the HVAC system in FAB on Tuesday to determine if further investigation is warranted," Wright said.

There are no vaccines that can prevent Legionnaires’ disease. Contact your primary health provider if you experience symptoms.

State Health and Human Services Director Nick Lyon is facing involuntary manslaughter and misconduct in office charges over a Legionella outbreak in Flint.

The trial is currently underway to determine whether residents of Flint were informed of the 2014-15 Legionnaires' disease outbreak in a timely manner.

State Medical Executive Eden Wells has also been charged with involuntary manslaughter and lying to a special police agent and with obstruction of justice in regards to the Legionnaires’ outbreak that killed 12 people and sickened at least 79 others in Flint.