Former Detroit mayor Kwame Kilpatrick has been transferred again, to the prison where 'pharma bro' Shkreli is being held 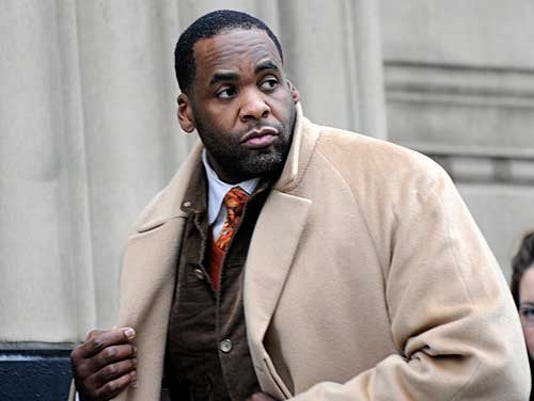 The move capped a cross-country trip for Kilpatrick, who was transferred after more than four years from a medium-security prison in Oklahoma to the low-security lock-up in Fort Dix, New Jersey, according to the Federal Bureau of Prisons.

Kilpatrick, 47, is serving a 28-year racketeering conspiracy sentence for turning City Hall into a criminal enterprise and steering rigged water and sewer contracts to buddy Bobby Ferguson. Kilpatrick is scheduled to be released in August 2037.

The Fort Dix prison is 40 miles east of Philadelphia, where Kilpatrick was temporarily imprisoned Tuesday. The all-male Fort Dix facility has 4,302 inmates, including Shkreli, who was sentenced in March to seven years in prison for securities fraud. 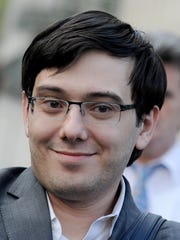 The pharmaceutical-industry executive drew scorn for hiking the price of a lifesaving drug.

The New Jersey prison has housed other corrupt politicians. Buddy Cianci, the one-time mayor of Providence, Rhode Island, is a former inmate.

The transfer comes as Kilpatrick continues to fight a $1.5 million restitution bill owed to Detroit, is more than $11 million in debt, and as his family is pushing President Donald Trump to pardon the former mayor.